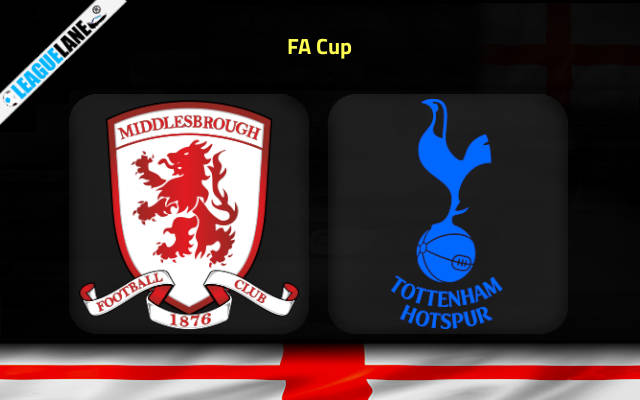 Spurs have improved massively under the guidance of Antonio Conte, and now they are a prospect to secure a top-four finish in the Premier League. They have had some minor hiccups along the way, but they have had some astonishing victories as well.

The most prominent one being their win against reigning English champions Manchester City – at the Etihad.

Suffice it to say that confidence is at a high for the team, and they will be eager to make it to the last eight of the FA Cup.

Meanwhile, Middlesbrough have had a good run lately, and particularly at home they have been a menace to deal with. However, it’s important to mention that they are from the second division, and they are just not equipped to take on a veteran from the top flight – let alone one of the best in the PL.

Moreover, Conte’s men also have a superior h2h record against this foe over the years.

Judging these observations, expect a win for Tottenham this Tuesday at the Riverside Stadium.

Middlesbrough lost 3-2 on the road the last match-day, against a relegation-threatened Barnsley. They were winless in five of their past eight overall fixtures, and had conceded two or more goals in three of their former five match-ups.

On the other hand, Conte’s men just delivered a 0-4 win on the road the past game week, against Leeds. And this ultimately resulted in Leeds sacking their manager Marcelo Bielsa.

Going on, Spurs also registered wins against the likes of Manchester City, Leicester etc in the past two months, and most importantly, they have a dominant h2h record against this foe over the years.

Likely, expect a win for Tottenham this Tuesday at the Riverside.

Tips for Middlesbrough vs Tottenham