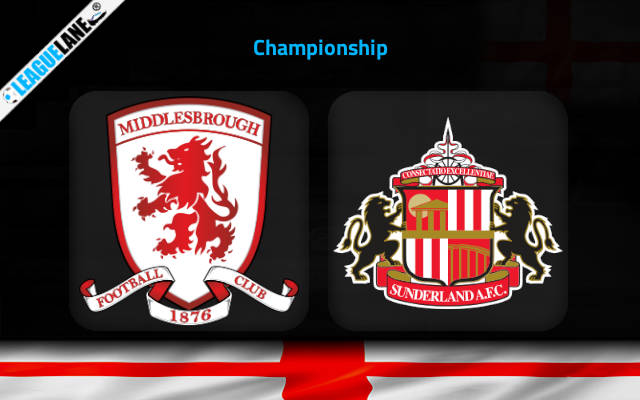 It was heartbreak for Middlesbrough during midweek as they fell to another narrow defeat when losing 2-1 at Watford. They will now clash with Sunderland at the Riverside Stadium for matchday 8 in the EFL Championship.

Boss Chris Wilder is very worried about his team’s recent form. They’ve now won just one of their opening seven league matches. Luckily for Wilder and his team, the upcoming match against Sunderland will be the 150th Tees-Wear Derby.

This is Middlesbrough’s main rivalry and the Boro can take confidence from their current six-game unbeaten run against the Black Cats. It is also worth knowing that the new Sunderland manager Tony Mowbray is a proud Teessider.

Going into this fixture, a win for Tony Mowbray’s team will take them to the first position in the league table. Hence this fixture will be a grand spectacle for all the supporters involved.

It is very important to understand that the Boro are unbeaten in the last ten fixtures against Sunderland. This clearly shows that Chris Wilder’s team is more dominant against this opponent.

Also, Sunderland have lost two of their last five matches in the league. It is important to mention that the Boro have scored a total of ten goals in the last seven games.

Do also note It is worth mentioning that Boro’s defence has leaked twelve goals in their last seven games in the league.

We can expect Middlesbrough to win the fixture by a narrow margin – at 1.72 odd. This is after considering their excellent head-to-head record.

Our next prediction for this game is that Over 2.5 goals will be scored – at 1.90 odd. This is after looking at the fact that in four of the last seven encounters between both clubs, the game ended with over two goals being scored.