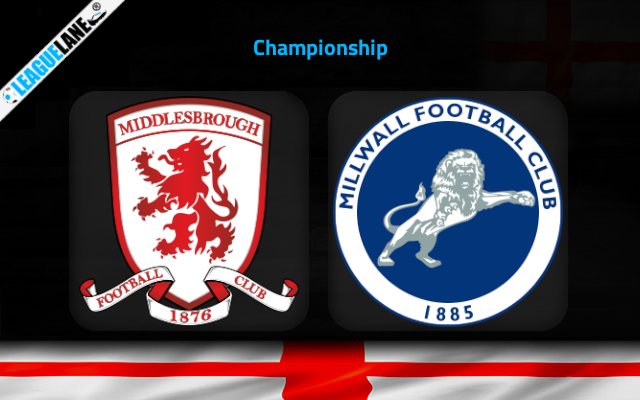 Millwall, who are just a point shy of one of the promotion spots, will head to Yorkshire as they face Middlesbrough this Saturday at the Riverside Stadium. The hosts will go into the match knowing that a win against this side at home will take them level on points with the visitors. Read our Preview, Predictions, and Betting Tips with Analysis here.

Middlesbrough vs Millwall Prediction and Analysis

After losses to Birmingham and Luton in home and away games respectively, Middlesbrough managed to hold on to Championship newcomers West Brom on the road to a 1-1 draw, before the Championship paused for international fixtures. This draw took them to 14th in the table.

The Lions were not able to find the winner against Derby in their last match despite having a 1 man advantage for nearly half an hour of gameplay.

This left the fans disappointed who hoped their team would deliver with all 3 points against a relegation-threatened side as they went into the fixture with 9 points from their last 4 outings. The side currently occupies the 9th position with 25 points to their name.

The visitors, despite going into the match with the better run of games, have been far from their best on the road, registering just 2 away wins all season. With the hosts gaining 9 points from the last 4 games at home, I have backed the hosts to just about get the job done.

Boro has been defensively solid in home games, with the Lions not finding the net often and having scored exactly a goal in 6 games at home already this season. Them scoring once is the most likely outcome.