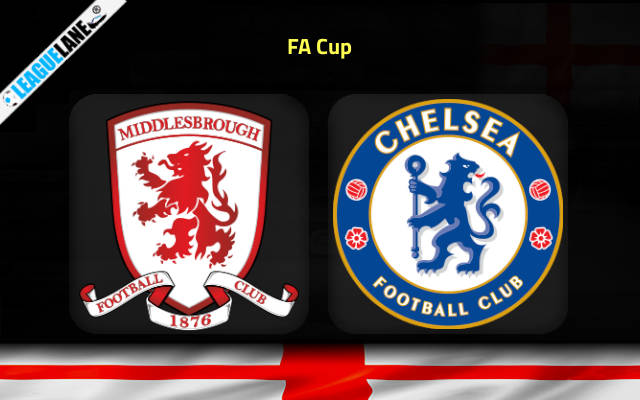 Reigning European champions Chelsea have an opportunity to get into the final four of the prestigious FA Cup this weekend. They are on the road, and are pitted against a team from the second division.

Going on, Thomas Tuchel’s men are one of the prime contenders to secure a podium finish in the English top flight in the meanwhile, and they also are sitting pretty in the ongoing edition of the Champions League.

Meanwhile, Middlesbrough are struggling to break into the top-six of the Championship table. They are facing issues with consistency, and are conceding quite frequently as well.

By the looks of things, expect Chelsea to emerge victorious this weekend at the Riverside.

Middlesbrough won 1-0 against Tottenham in the previous round, and that too in Extra Time. Going on, they were winless in seven of their past eleven overall games, and they had failed to keep clean sheets in six of their past nine fixtures.

On the other hand, Tuchel’s men could be termed as one of the absolute best teams in Europe at the moment. They are on a long winning streak, and are scoring goals at an impressive rate.

They are also determined to go all the way in the FA Cup, and most importantly, they have a superb h2h record against this foe.

For these reasons, expect a win for Chelsea this weekend.

Tips for Middlesbrough vs Chelsea