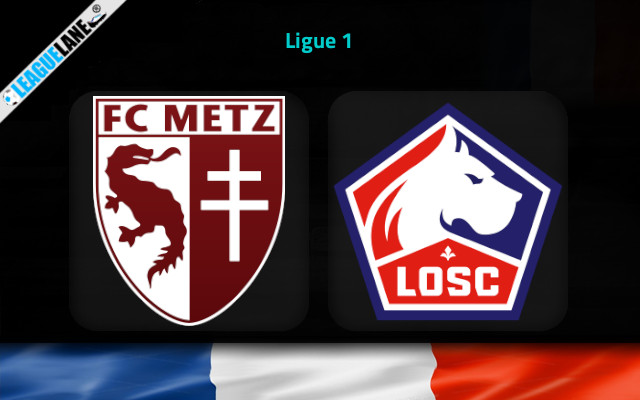 Lille are the defending champions of the competition, and with the additional Super Cup victory last week, they are high on confidence. They easily are the favorites this Sunday to post the three points on the board, against the struggling Metz.

PSG had almost an informal hold over all titles in France until last season. They were automatic favorites for whatever competition they entered. And frankly, the absence of competition was making the football scene in the country pretty dull.

However, Lille had other plans. Despite odds and pundits giving them no chance, they toiled all campaign to go after the Parisians, and on the final match-day, they were crowned champions with a one-point lead over Neymar Jr and co.

Defense was an important aspect which made this possible for the title-holders. All through the season, they had let in just 23 goals (least in the league), and apart from the Parisians, none of the other squads had managed to keep it below 40.

Note that they had also lost just thrice through the whole stretch.

In the meantime, Metz had to settle for a tenth-place finish, and they had won just twelve games in the campaign. They also had ended their season on such a bad note, that their only win since March had come against the relegated Dijon.

Moreover, they also have a poor h2h record against the reigning champions.

By the looks of things, expect a win for Lille this Sunday.

Metz had ended their season on an 11-game winless run, barring a single victory against the 20th placed Dijon.

In fact, they have won just twice at home since October of 2020, and are yet to win since January of 2021. In fact, they had ended their campaign with a seven-game winless stretch at home – six of which were losses.

On the other hand, their opposite number are the defending champions, and they have a stellar defense. They also have a great h2h record against this rival over the years, and have consistently kept clean sheets in h2h meetings.

Likely, expect a dominant win for Lille this weekend.