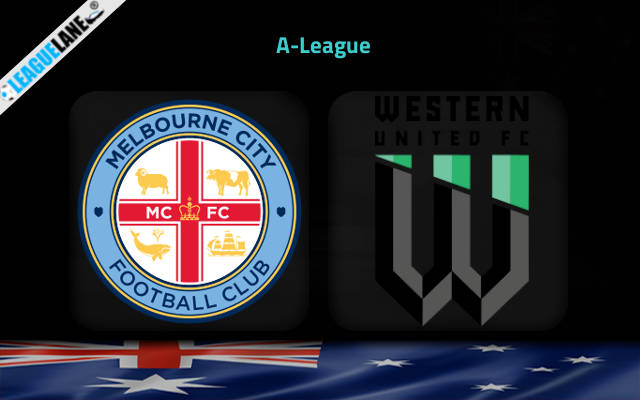 Melbourne City FC vs Western United Predictions and Free Tips from our expert tipsters when the teams go head-to-head in the Australia A-League on Saturday, 7 January 2023.

Melbourne City FC had an exceptional start to this season. They have sealed a total of seven wins from nine games and are sitting at the top of the league table.

Western United will be their visiting rivals for Saturday’s A-League fixture. Uniteds are currently on a three-game unbeaten streak but it will fall short of the current winning streak of Melbourne City.

Western United were following an unbeaten streak for five h2h games before losing to Melbourne City in the reverse fixture.

They both have met six times in this stadium and Melbourne leads the stat by sealing four wins from those. They have netted in a total of 9 goals over the course of those six matches.

Who will win the match between Melbourne City FC vs Western United?

Melbourne City FC are yet to make mistakes at home this season. They won three and drew one of their 4 home games so far in this campaign. On the other side, Western United lost three of their total four away outings this season.

Their first road trip in this season was against Melbourne City and the match ended in a 2-1 defeat for them. Therefore, expect a victory for Melbourne City FC on Saturday.

The attacking side of Melbourne City have scored goals at a rate of more than two per game. Moreover, around 60% of the matches played by these two sides had goals over 2.5 ft. Therefore, we expect an over 2.5 goals affair here.

Although Melbourne City owns the best defensive side of this season, we expect them to leak one from this Western United. Their h2h tradition also suggests a both teams scoring affair.

This match seems to be a great chance for Melbourne City to maintain their extraordinary spell of form at the beginning of the season. We like to back them at 1.60 odds while the over 2.5 goals bet at 1.62 odds as the second tip.