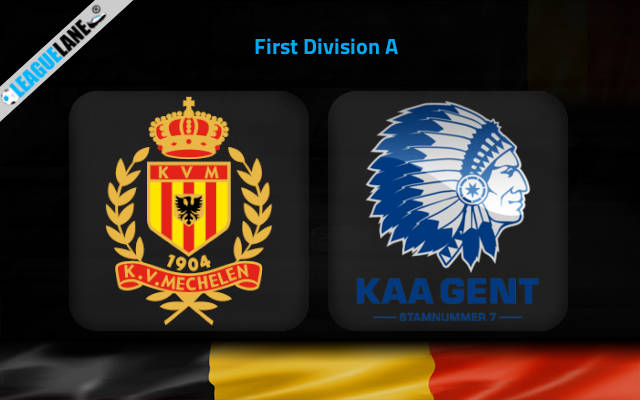 In the Conference league Group – Round 4, these two sides will be meeting after 3 days in this reverse fixture where KV Mechelen will host Gent at AFAS-stadion Achter de Kazerne, this Tuesday.

After coming at the fifth place with 62 points, Gent qualified for the Championship Play-offs, with UEFA Conference League qualification at stake. They now top the Conference league Group with 2 wins and a loss so far. The visitors need to improve up their defense as they have been conceding goals recently.

KAA Gent won the previous fixture which was also the reverse fixture against KV Mechelen by 1-0 margin. That win came after their 3-1 win over Charleroi. They now have 37 points and are in the only available Play Off spot.

On the other hand, KV Mechelen resides at 3rd position on the table with 29 points. After their first Play Off win, they lost on back to back league games. They are two steps behind Gent with an 8-point gap separating them. De Kakkers must look to avoid setbacks in this final stretch to strengthen their position.

The home side will be looking for an improved result here after their 1-0 Play Off loss in their previous game against KAA Gent. They have seen their defence breached in 5 of their previous 6 matches, letting in 11 goals on the way.

KV Mechelen remain unbeaten in their last 6 home games. They also won back to back home fixtures by scoring 4 in total. The home side were also seen wining their last h2h home game by 4-3 on last December.

Meanwhile, KAA Gent is unbeaten in their previous 3 away league fixtures. They won twice of that games.

After losing the reverse fixture, De Kakkers will be keen to exploit their home advantage. But we feel that an away win is quite likely as Gent has the better h2h stat over this foe.