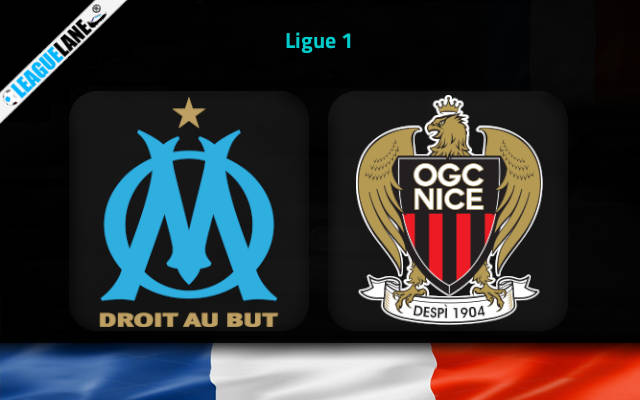 Olympique Marseille are the only side close to PSG at the moment, but still lacks in 15 points. They won and lost twice from the last 5 fixtures but are in the zone for Champions League Group Stage promotion.

Nice are also level on points with the Olympians as they have been reduced a point due to Federation decision.

Both these teams are fighting for the second spot for UCL and this h2h will only favour one. The match is set at Stade Vélodrome in Marseille where the The Eaglets will be visiting this Sunday.

The home side is at the 2nd spot on the standing with 50 points from 28 games. They won 14 times in the league while drawing on 8 and losing on 9 other occasions. They scored 43 in total while conceding a sum of only 26 so far.

Marseille will be hoping for a repeat of their last result, following the 4-1 league victory over Brest, last week. They have failed to prevent opponents from scoring in 5 of their previous 6 games, leaking 6 goals along the way.

On the contrary, Nice resides just below them at the 3rd position on the table with 50 points. Of the 28 matches played, they won 15 games while drawing on 6 and losing on 7 other occasions.

In their previous game, the visitors settled for a goal-less draw in the league match with Montpellier. They have managed to keep a clean sheet in their last 4 league games while there are no losses for OGC Nice in 9 of their most recent 11 games.

Marseille have not registered a win against this visiting squad in their last 2 matches in the league and are without a win at home for the past 2 league games. We feel that an away win is likely as Nice are undefeated in 78% of the games played on road this season. Also, they remain unbeaten against this foe since the last 3 h2hs.