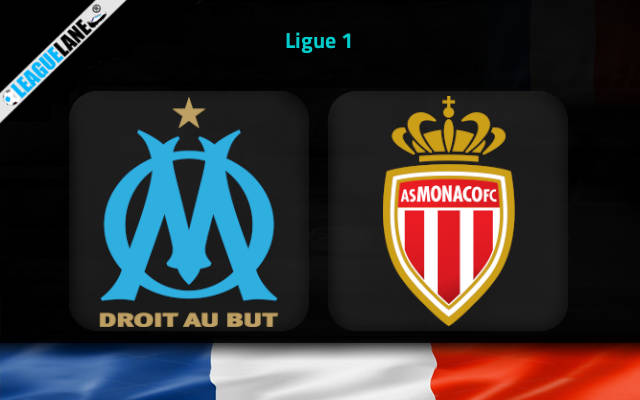 Marseille vs Monaco Predictions and Free Tips from our expert tipsters when the teams go head-to-head in French Ligue 1 on Saturday, 28 January 2023.

Marseille are the best team in the league based on recent form. They are the only squad to have a perfect winning record in the last five game weeks in the league, and scored an impressive 16 goals in the process.

Monaco are in great form as well, and are placed fourth in the table – placed just below their counterparts for the day.

The latest clash between the two was a five-goal thriller, which Marseille won on the road with a 2-3 scorecard. Goals have always come in plenty whenever these two locked horns in the past.

In fact, a mammoth 68 goals were witnessed from just the last 16 meetings between the two teams. And 11 of the past 12 clashes at this ground had goals from both sides of the pitch as well.

Who will win the match between Marseille and Monaco?

Marseille are expected to have the edge in this clash of titans. They are on an eight-game winning streak, and found the back of the net 26 times in the process. They have a perfect winning record after the World Cup break, and have a 100% winning record at home after October.

On the other hand, Monaco were winless in two of their past three fixtures, and during this stretch they crashed out of the Coupe de France – that too against a team from the lower division. And they have just two wins to their name on the road in the past three months.

And most importantly, Marseille won five of the last nine h2h clashes, and lost just once at this venue in the past six years. This picks them as the favorites for this upcoming encounter.

Both these teams are excellent in offense, and have been scoring for fun throughout the campaign. Marseille scored 16 goals from their past five league games, and scored ten from their past three appearances at home.

Meanwhile, Monaco scored two or more goals in eight of their previous nine fixtures, and scored seven in their latest game alone.

Chances are very high for goals to come in huge numbers this weekend.

As mentioned before, both teams have in-form offenses, and are scoring in plenty. Moreover, 14 of the past 17 h2h meetings had goals from either side of the pitch, and so did 11 of the former 12 clashes at this ground.

It is inferred that both teams will find the back of the net this weekend.

Marseille are on an eight-fixture winning streak, and they also won the reverse fixture between the two teams – on the road. They also have the better h2h record over the years, while Monaco have won just twice on the road in the past three months.

It appears that Marseille have the upper hand this Saturday, and a win for them is placed at an odd of 2.20.

Going on, both teams are phenomenal in front of the goal. Marseille scored 22 goals from their last six games, and ten from their past three appearances at home.

Meanwhile, Monaco scored the most number of goals in the league after toppers PSG, and they slotted in seven goals in their latest game alone.

Furthermore, 14 of the previous 17 h2h clashes had goals from both teams, while the last 16 meetings between the two produced 68 goals.

This feels like the perfect opportunity to use the combo of Both Teams to Score and Over 2.5 Match Goals. The odds for the same is placed at 2.00.