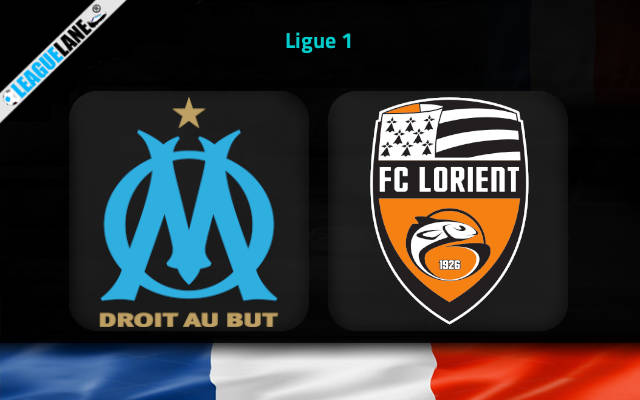 Marseille vs Lorient Predictions and Free Tips from our expert tipsters when the teams go head-to-head in Ligue 1 on Saturday, 14 January 2023.

Marseille are currently the best team in the competition. They are on a five-game winning streak in the Ligue 1, and scored 13 goals from their past four straight league fixtures.

Meanwhile, Lorient are currently struggling to show consistency, after having started their campaign on a great note. In fact, they have a single win from their last eight league games, and this sole win came against the dead-last placed Angers.

Marseille recorded a 0-3 win in the latest encounter, and they are also on a six-fixture winning streak against this opponent. Do also note that they are on an unbeaten run since 2015.

Going on, the hosts scored twice or more at home in all but one h2h meeting since 2015. Moreover, in the past three decades, the Lorient have just four wins at this stadium.

Who will win the match between Marseille and Lorient?

Not even defending champions PSG have been able to match the recent exploits of Marseille. The latter are on a six-game winning streak in the league, while their counterparts have just a single win from the last three months.

On top of that the hosts of the day have a phenomenal h2h record over the years too. Surely expect Marseille to have the edge this weekend at their home.

Marseille scored 12 goals from their last four games combined, and they slotted in 10 goals from the past three h2h encounters combined. Moreover, Lorient have not kept a clean sheet on the road in a league fixture in the past four months.

Chances are high for goals to come in plenty this Saturday.

Not only are Marseille the best team in the league based on recent form, but they kept clean sheets in their last two match-ups. Moreover, they did the same in two of the former four h2h clashes.

It is a doubt if Lorient will be able to find the back of the net against the in-form hosts, who have the third-best defensive record in the Ligue 1.

Marseille won their last six Ligue 1 matches in a row, and they also won the past six h2h meetings on the trot. At the same time, Lorient recorded a single win in the league in the past three months – and it came against the dead-last placed Angers.

Likely, a 1.5 Asian Handicap on Marseille seems to be very promising at an odd of 2.20.

Going on, goals are expected in plenty against the out-of-form defense of Lorient. At the same time, the hosts appear to be in phenomenal form, and previous h2h clashes too show a trend of goals coming in huge numbers.