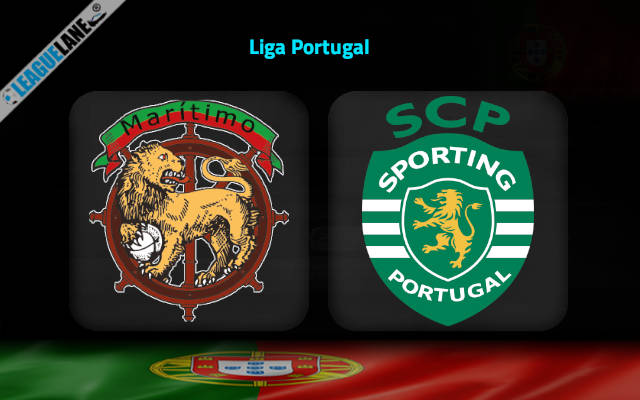 Maritimo vs Sporting CP Predictions and Free Tips from our expert tipsters when the teams go head-to-head in Liga Portugal on Sunday, 8 January 2023.

Sporting have always been one of the very best teams in the Portuguese top flight, and as expected they are in contention for a podium spot this time around as well.

Meanwhile, Maritimo have been one of the worst in the competition, and are finding it hard to stay above the relegation cut-off.

As one would expect Sporting have a dominant h2h record against this rival over the years. These two locked horns just three weeks before, and then they registered a massive 5-0 win.

They also won four of the past five meetings against this foe, and in the process they kept three clean sheets.

Who will win the match between Maritimo and Sporting CP?

Sporting are such an obvious choice here. They are in great form, and are going after the podium. And as a cherry on top, they have a phenomenal h2h record against this opponent.

Meanwhile, Maritimo have a 100% winless record this season in the Liga – barring their sole victory over the dead-last placed Pacos Ferreira.

Sporting are already one of the best offenses in the competition, and just three weeks before they slotted in five unanswered goals against this rival. Expect a high-scoring match-up this Sunday.

Now this one is a little unlikely. The guests for the day have kept clean sheets consistently over the course of their h2h history. They also have one of the best defenses in the league, while Maritimo have one of the worst offenses.

Sporting will be going after another huge win this Sunday. They are placed fourth in the table at the moment, and need a surplus of just four points to climb second.

Moreover, the second-placed Porto are pitted against the fifth-placed Casa Pia. Likely this is a great opportunity for the visitors of the day to climb higher in the table.