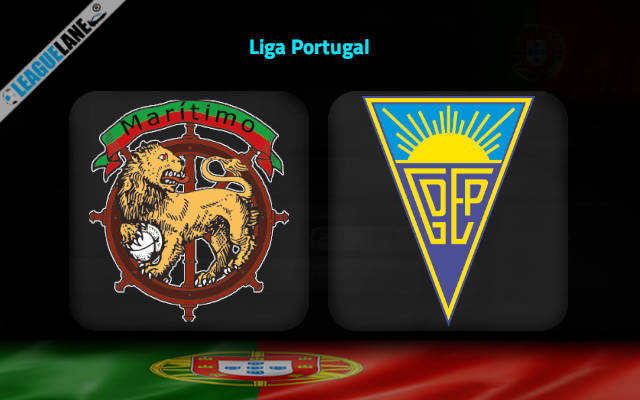 Maritimo vs Estoril Predictions and Free Tips from our expert tipsters when the teams go head-to-head in Liga Portugal on Sunday, 22 January 2023.

Estoril are high in confidence after delivering a 2-0 win the last game week, against the fourth-placed Casa Pia. They hope they can carry forward this momentum, as they are pursuing an entry into the top half of the table.

Estoril have an unbeaten record that stretches back six years, and they also scored two or more goals in two of the former three fixtures. And it is also to be noted that the hosts last registered a league win at this stadium ten years back.

Who will win the match between Maritimo and Estoril?

Estoril have the better h2h record in the last decade, and even so at this ground. They also just recorded a confidence-boosting 2-0 win against the fourth-placed Casa Pia.

Meanwhile, Maritimo could win just twice at home since December of 2021, and they managed to score just one league goal against this rival in the past five years.

It appears that Estoril have the edge this Sunday.

It goes without saying that Maritimo have one of the weakest defenses in the entire competition. In fact, they let in the most number of goals of all the teams in the league, and they also conceded twice or more in two of the former three h2h clashes.

Chances are high for this encounter to turn into a high-scoring affair.

Estoril kept a clean sheet in their latest league fixture, and did the same in the latest h2h clash. They also let in a single league goal in h2h encounters in the past five years.

On top of that only the dead-last placed Pacos Ferreira scored fewer goals than Maritimo this entire league season. As such, it is unlikely that the hosts will find the back of the net this weekend.

Estoril have the better h2h record in the past decade, and they are also riding high on confidence after their 2-0 win against Casa Pia. On the other hand, Maritimo won just twice at this venue in the last 14 months, and they also let in the most number of goals in the Liga Portugal this season.

As such, Estoril to Win at an odd of 3.20 will be a great tip this Sunday.

On that same note, they are expected to find the back of the net at least twice against the worst defense in the Portuguese top flight. After all they scored two or more goals in two of the last three h2h meetings.

And the odds for the same are placed at an attractive 3.25.