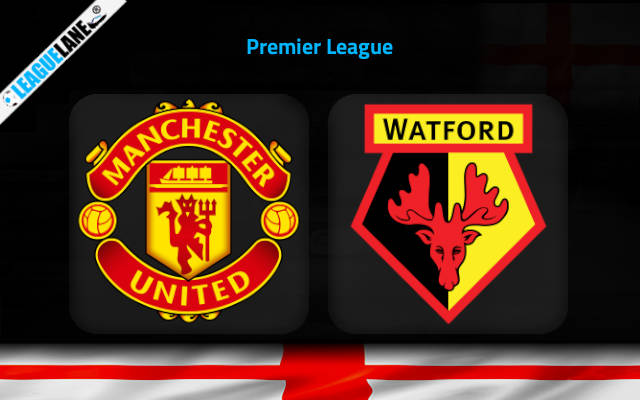 Manchester are dearly holding on to the widely coveted fourth spot in the English top flight. However, the likes of Arsenal and Watford are in spectacular form, and also have games in hand. The Devils will have to be at the top of their game to secure a ticket to the next edition of the Champions League.

Moreover, talisman Cristiano Ronaldo has a total of one goal all through 2022, and it is starting to bother hardcore fans of the team. The Portuguese striker needs a great game to get his rhythm back.

And by all accounts, a huge opportunity awaits the Devils this weekend. They are at home, and are pitted against one of the worst teams in the whole league.

Watford are a team that were promoted recently to the Championship, and they have also been a relegation-battler in the PL for the majority of 2021-22.

Count on Ralf Rangnick’s men to make the most of this fixture, and deliver a confidence-boosting win.

Rangnick’s men registered a 2-4 win on the road the last match-day, against Leeds. They are on a nine-fixture unbeaten run, and they had also remained so in 17 of their past 18 games.

They had also won five of their preceding ten appearances at home, and they are a contender to secure a top-four finish this season in the PL.

On the other hand, Watford did register a 0-1 win on the road the past game week, against Aston Villa. But they were on a 12-game winless run before that, and worryingly, 10 of these fixtures had ended in losses.

They have also won just thrice on the road since April of 2021, and importantly, they have a poor h2h record against this rival.

Judging all these observations, expect a win for the Devils this weekend. Moreover, it’s a matter of pride as well, as United were defeated in the reverse encounter, earlier in the season.

Tips for Manchester United vs Watford