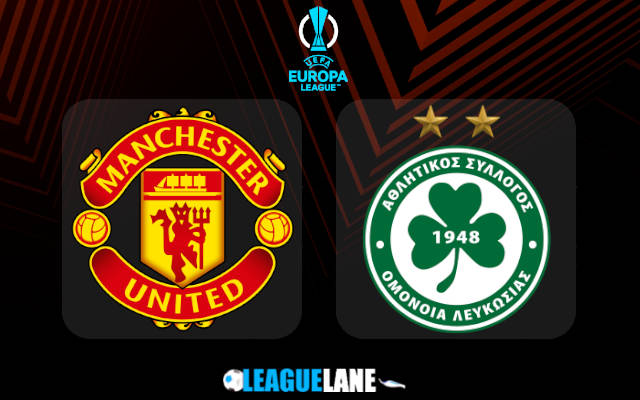 Manchester United somehow stole the victory from Cyprus seven days ago when they dispatched Omonia Nicosia 2-3 on the road.

It was an important three-pointer for Erik ten Hag and his men who are now second in Group E with six points from three matches.

The Red Devils have a nice chance to make a massive step towards securing the knockout phase of UEFA Europa League with another victory over the same opposition as the two teams meet at Old Trafford this Thursday.

The bookies see the hosts as enormous favorites due to the obvious difference in quality between English and Cypriot football.

It is also important to mention that Manchester United will come into this tie on a high following a 1-2 victory over Everton on Sunday evening.

Antony and Cristiano Ronaldo were on target on the occasion but Dutch manager ten Hag will be worried with the injury of Anthony Martial who had to leave the pitch midway through the first half.

Ronaldo could thus make the starting lineup on Thursday. The Portuguese superstar will be highly motivated to prove his worth and show that he deserves a place in this Man Utd roster.

Omonia Nicosia are at the very bottom of Group E with eight goals conceded in three games and they do not have much to hope for going into the away clash with Man United.

We can expect goals here knowing that Omonia Nicosia have allowed as many as eight in three matches so far in Group E.

We will back Manchester United to win in both halves at the 1.80 odds, while you can also try with Cristiano Ronaldo to score two or more goals at the 2.62 odds.