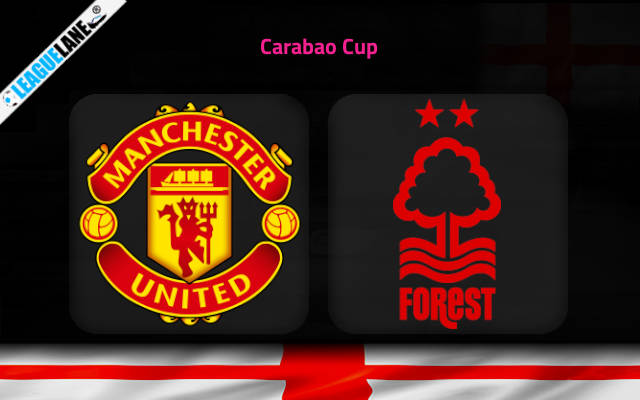 Manchester United vs Nottingham Forest Predictions and Free Tips from our expert tipsters when the teams go head-to-head in the England Carabao Cup on Wednesday, 01 February 2023.

Both Manchester United and Nottingham Forest have managed to deliver a decent performance in Premier League upon returning after the World Cup break.

United, is having a comparatively strong display as they lost only once in the past 12 outings across competitions. Going on, the first leg ended in a 3-0 win for United. Thus, Nottingham will have a tough test on Wednesday.

United can also rely on the recent tradition since they won the previous seven encounters against Nottingham Forest. The latest meeting ended in a 0-3 win for United.

At home, United is on a five-game winning streak against Forest. They have netted in a total of 17 goals over the course of those five matches.

Who will win the match between Manchester United vs Nottingham Forest?

Manchester United is priced at just 1.40 odds to claim the win here. Their impressive form in the campaign and the strong display in the first leg will be the reasons for bookies placing them as favorites.

Moreover, United is on a 13-fixture unbeaten streak at home. It is worth noting that 12 of those 13 matches ended up as victories. Thus, expect a win for United on Wednesday.

United have scored 17 goals over the course of the past six home outings. Their goal numbers alone goes past the over 2.5 goal line. In that case, over 2.5 goals is likely to land in this match.

United sealed a clean sheet win over Nottingham in four of the last six head to head matches at this stadium. Moreover, the first leg clash ended in a 0-3 win for United. Therefore, we don’t expect a both teams scoring display here.

We are expecting United to pull off a comfortable 3-0 win here, as like the first leg of this semi-finals. We like to place that score-line as the main betting tip at 9.00 odds.

For the second tip, we like to place the over 2.5 goals option at 1.75 odds considering the impressive attacking side of United.