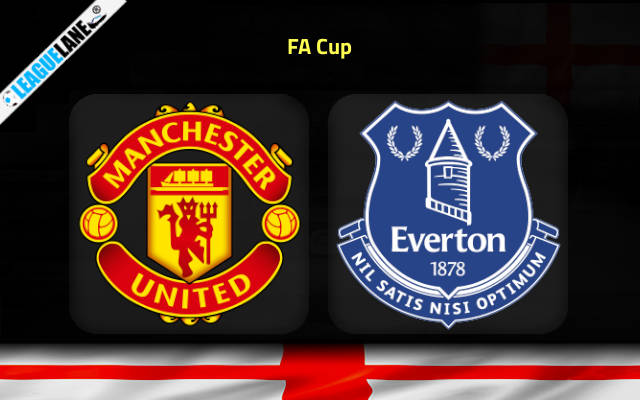 Manchester United and Everton will raise the curtain on the third round of the FA Cup on Friday evening when they take on each other in the all-Premier League clash at Old Trafford.

The Red Devils enjoyed a pretty easy schedule in the first several games after the World Cup break. They took the most out of it, winning all four outings without conceding a single goal along the way.

The latest of successes for Erik ten Hag’s troops came on Tuesday evening when they had no problems whatsoever cruising past Bournemouth 3-0 at Old Trafford.

Manchester United have moved locked on points with the third-placed Newcastle as a consequence.

They will have a nice chance to maintain the winning thread and further boost up the confidence ahead of the city derby against Manchester City on Friday evening when they will be big favorites against Everton.

The Toffees are going through rough times these days. They managed to shock Manchester City by holding them to a 1-1 stalemate at Etihad Stadium on the final day of 2022 but only to suffer a demolishing 1-4 home loss to Brighton in the following match on Tuesday.

We will likely see some rotation from Erik ten Hag here but it should not affect the magnitude of Manchester United’s favorite-tag on Friday. We expect the hosts to continue their magnificent run of clean-sheet wins.

The main pick is Man United to win to nil at the 2.37 odds, while you can alternatively take the 7.00 odds offered for the Red Devils to win 2-0 here.