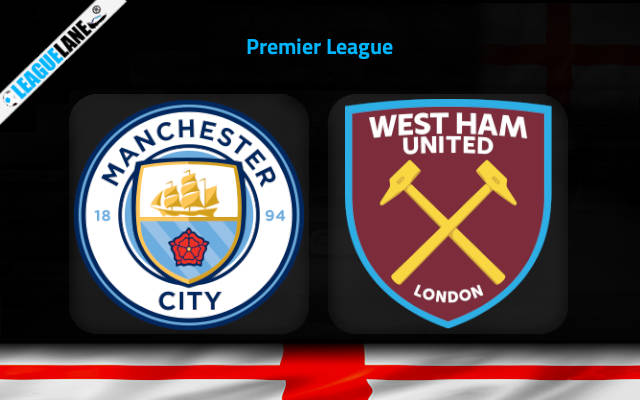 This should be a very good game as Manchester City the champions are playing good football but West Ham have been the surprise team this season and they will try and give City a game.

In midweek Manchester City beat the stars of PSG in the Champions League as they won 2-1 at home and that means that City have qualified as group winners for the knock out stages.

Last weekend City easily beat Everton 3-0 and indeed this will be their 3rd game at home in a row. Even more so they have stayed in Manchester for their last four games as they beat Manchester United recently too. Being able to stay at home and put in some fantastic performances will be an advantage coming into this game for them.

City are in 2nd place and are 3 points behind Chelsea, because of goal difference they won’t go into 1st place this weekend even if they win but at this stage it is all about keeping up the pressure.

West Ham are in 4th place and they could go 3rd with victory although they would have to hope that Liverpool lost their game at Southampton. But a win here even if the Hammers stayed in the same positon would still be seen as one of the great victories for the London side.

It was unfortunate that the Hammers lost last weekend against Wolves because previously they had won their last 4 games in a row. It was indeed the Hammers first defeat away from home and they have the 3rd best away record in the league.

We all know about the qualities of Manchester City and that is why they will be the big odds on favourites to win the game. But we have to respect what West Ham have achieved and they will create chances and be dangerous on the break.

City have been struggling with some injuries and we know for example that Kevin De Bruyne is out with illness. Of course some of their problems didn’t stop them from beating PSG.

City are 1/4 to win this game and that offers zero value because West Ham have shown a lot of qualities this season. Instead let’s look into different markets.