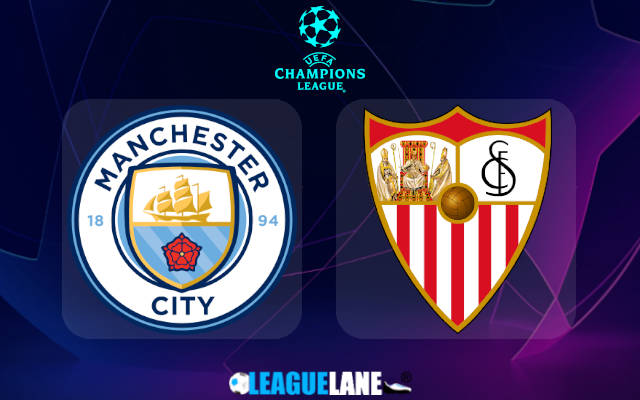 The Citizens are already into the Round of 16, and that too as group champions. They are widely considered to be the favorites to lift the title this time around in the CL. Meanwhile, Sevilla return back to their favorite competition, the Europa, with a third-place finish in the group.

They struggled to keep hold of even a top-tier spot in the Spanish top flight, and it would have been foolish to think they could make it in this group with Der BVB and Pep’s boys.

Meanwhile, the Citizens have a 100% unbeaten record so far, and they will be eager to keep this record intact as they start their knockout campaign.

They have a combined scorecard of 11-1 from their five matches so far, and this sole goal was scored by Borussia Dortmund.

Moreover, not only do Pep’s boys have a superb h2h record against this rival over the years, but they also registered a 0-4 win on the road in the reverse fixture.

Surely expect a convincing win for Manchester City this Wednesday.

Since their loss against Real Madrid in the semis of the previous edition of the CL, City faced defeat at the hands of just one team – arch-rivals Liverpool.

They have been in great form right from the start of the season, especially with the arrival of some monsters into their squad.

On the other hand, Sevilla have been in free-fall mode all through this season, and they struggled with their defense all along. Moreover, they are on the road, and they have a poor h2h record against this foe.

By all means, expect a dominant win for Manchester City this Wednesday.