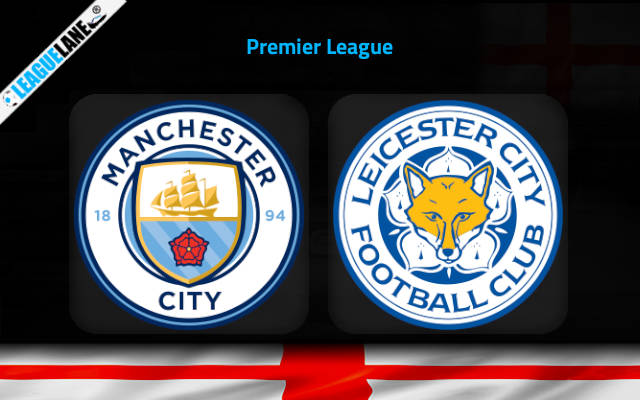 Leicester City return to action after a two-week break on Sunday afternoon when they travel to Manchester to take on the Premier League leaders in the 19th round of the competition.

Both Leicester and Manchester City will enter this tie on the back of respective 4-0 wins over Newcastle United in their latest games.

The Foxes thus ended a run of three winless affairs across competitions two weeks ago when they demolished the Magpies at King Power Stadium without Jamie Vardy in the starting lineup.

Brendan Rodgers was pleased to see his men finally keeping a clean sheet on the occasion. Nevertheless, the clean sheet against Newcastle United will count for little when the Foxes come face to face with the section leaders.

Manchester City have been thriving in the final third lately. They bagged eleven goals in the last two league wins over Leeds United and Newcastle United.

Pep Guardiola finally has all of his players available (except for long-term absentee Ferran Torres) and the depth he has in his ranks is a massive difference-maker over this busy festive winter schedule.

The Citizens should have plenty of room to deliver up front past the leaky defense of Leicester’s.

The Foxes conceded 27 goals in 16 outings. They allowed at least two goals in each of the last three away fixtures across competitions.

Manchester City have a fantastic goal difference of 25-3 in 9 home outings in this term of the Premier League. They kept their net untouched in three consecutive league fixtures.

Since just one of the last five head to head games between these two teams saw goals scored at both ends, we fancy the home win in a high scoring thriller.