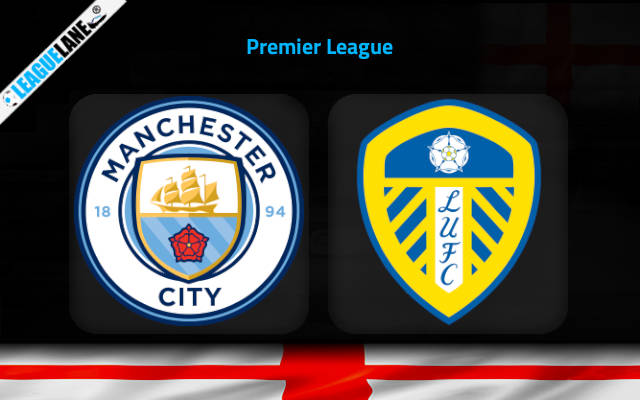 The Citizens have finally clawed their way to the top of the table, and if history is any indication, it would be nearly impossible to knock them off the perch now. Once Guardiola smells blood, it is over.

This Tuesday, they are at home, and are taking on the struggling Leeds. Marcelo Bielsa’s men have been finding it hard to replicate their form of the past season.

They have seldom recorded wins in 2021-22, and have been conceding in plenty at the same time. On top of that, they also have a poor h2h record against this foe over the years too.

By the looks of things, expect Manchester City to deliver a routine win at the Etihad.

Pep Guardiola’s men recorded a 1-0 win at home the last match-day, against Wolves.

They had also won eight of the past nine overall games, and their only defeat during this stretch had come in the Champions League (after they had already secured the top-most spot in the group).

On the other hand, Leeds lost 3-2 on the road against Chelsea the past game week. They were also winless in 21 of the past 25 overall games, and had remained so in 13 of their past 14 road trips.

Going on, they have been conceding goals in plenty all along, and they also have a poor h2h record at this stadium over the years.

For the reasons, expect a huge win for Manchester City this Tuesday.

Tips for Manchester City vs Leeds