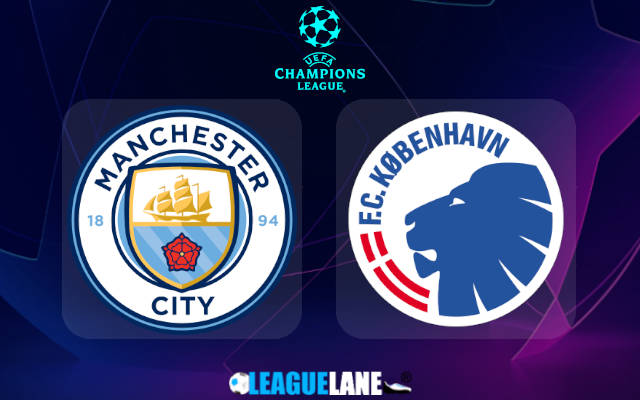 Manchester City eye a routine win when they welcome FC Copenhagen on matchday three of the Champions League 2022-23.

Probably the biggest talk right now is how good the Citizens are with the inclusion of Erling Haaland, who is scoring goals for fun at the moment. As brutal as it can be, he unleashed his prowess in the 6-3 drubbing of Manchester United on the weekend.

That was a billion dollar victory and Manchester City is in a different league of their own as compared to their European counterparts like PSG. I believe this is only going to get better and big entertaining football matches are waiting for neutral fans and analysts like me.

Manchester City as expected, comes to this fixture unbeaten across all competitions, though they are still looking for perfection having drawn 2 of the 10 games this season.

Pep Guardiola’s men are going to be a handful for the Danish counterparts. FC Copenhagen struggled for results in their domestic league as well. They are coming to this fixture with a point from 2 games courtesy of the goal-less draw against Sevilla. They were thumped 3-0 on matchday 1 by the unpredictable Borussia Dortmund.

FC Copenhagen have clear problems in the scoring front while their defense remains vulnerable as ever. Anything less than a humiliating defeat will be a good result for head-coach Jacob Neestrup whose immediate priority is to stay in the mix for qualification to the knockout phase.

This will be the first ever Champions League meeting between Manchester City and FC Copenhagen.

Their only previous meeting in a UEFA competition happened during the 2008/09 Europa League round of 32. City progressed to the next round with a 4-3 aggregate win.

Craig Bellamy’s late double gave them a 2-1 win at the Etihad before they were held to a 2-2 draw in Denmark.

It is hard to find any straight forward tip for this match with anything and everything on match results and goal markets very lowly priced.

Taking this particular situation into account, we will take Erling Haaland to score two or more goals with the odds priced at a healthy 2.40. The Norwegian scored a mammoth 17 goals from 11 appearances across all competitions this season and we expect this form to continue on Wednesday night.

Alternatively, we take the hosts to win the first half scoring a couple of goals. There are options to back the on a first half -1.5 Asian handicap or win with over 1.5 goals depending on available bets with your bookmaker.