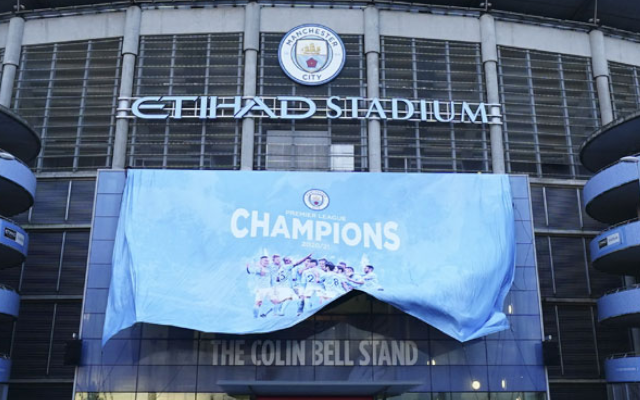 When Manchester City hired Pepe Guardiola to be their head coach in 2016, they did so with the vision of winning the Champions League. Although the Spaniard has brought a lot of success to the club, he has yet to land the premier European competition with the English champions.

FULL-TIME | It all ends level in Copenhagen

City, who have already qualified for the knockout stages of the competition this season, have gone close on several occasions under Guardiola. They were beaten in the final by Chelsea in 2021, while they have also reached the last eight or beyond in five of the six seasons he has been at the club.

The summer could prove to be a big turning point in European success as Guardiola added extra quality to his squad. It came at a cost as he had to sell the likes of Raheem Sterling, Gabriel Jesus, and Oleksandr Zinchenko, but the players he has brought in could take his side to the next level.

City are the 9/5 favourites in the betting UK market for the Champions League this season. They top the list ahead of Bayern Munich, PSG, and Liverpool respectively. Of those four teams, it is Guardiola’s side that look best equipped to lift the trophy.

World Cup Will Not Hinder City

The addition of the World Cup this year means there is going to be a lot of football played this season. This is going to benefit the clubs with bigger squads. City are one of those teams, as they have a lot of depth to tap into.

According to leading sports predictions, you expect to see Guardiola rotate his players in the second half of the season, especially around big Champions League games. This will ensure the big stars of his team are fresh for their European assignments.

City have made an excellent start to the defence of their Premier League title, and it would be no surprise to see them have a sizable lead over their rivals comes February and March. Liverpool, on the other hand, are in danger of slipping too far away from the Manchester club in the early stages of the campaign.

Guardiola’s men were eliminated by the eventual winners Real Madrid in the last four of the competition last season. They went down 6-5 following two exciting matches between the giants of European football.

The early signs in the 2022/23 campaign point to City having improved defensively. They have kept eight clean sheets in their opening 14 matches in all competitions. That is an impressive strike rate.

Amazing to be back in such a special game (not to mention the armband ) Thanks for the warm welcome back and support during these minutes. Ready for more pic.twitter.com/T7gVk568gf

In Aymeric Laporte, Ruben Dias, and Kyle Walker, they have three world-class defenders playing in front of Ederson. If those four players stay fit in the second half of the campaign, they can play a big part in helping deliver City the Champions League trophy for the first time.

The 2023 Champions League final takes place on the 10th of June at the Ataturk Olympic Stadium in Istanbul. The last time the final of the competition was held at this venue, Liverpool defeated AC Milan on penalties in one of the most remarkable games in the history of the competition.