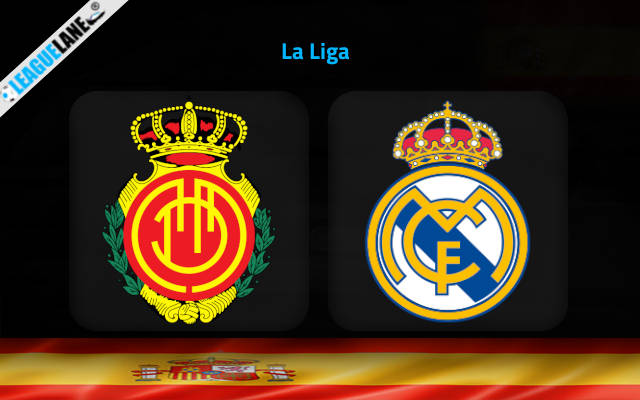 Mallorca vs Real Madrid Predictions and Free Tips from our expert tipsters when the teams go head-to-head in Spanish La Liga on Sunday, 5 February 2023.

Reigning champions Real Madrid are currently trailing five points below arch-rivals and toppers Barcelona. They need to make sure that the gap does not grow any bigger.

Meanwhile, Mallorca are stuck in the bottom half of the table, and so far managed to register just seven wins – despite the season having entered its second half.

The latest encounter ended in a 4-1 win for Real Madrid, and they are also on a four-fixture winning streak. And impressively, they have a combined scorecard of 15-2 from these four games.

Moreover, Mallorca registered a single league win at this venue in the last 17 years, while the latest clash at this ground ended in a 0-3 win for the visitors.

Who will win the match between Mallorca vs Real Madrid?

If there is anything about Real Madrid, it’s that they respond well to pressure. They are in need for a win at present, considering the form of toppers Barcelona.

It helps their cause that they have a superb winning record against this opponent, and even so at this venue. On the other hand, Mallorca lost three of their past four overall fixtures, and they have just four wins to their name at home this whole season.

Title-holders and European champions Real Madrid will be determined to put on a show this Sunday against these minnows.

The Los Blancos scored 15 goals from the past four h2h clashes, and they also scored the most number of goals of all the teams in the competition. They also scored two or more goals in four of their previous five games.

With Carlo Ancelotti’s men desperate and determined for a win, chances are high for goals to come in plenty this weekend.

The Los Blancos have been delivering some classic defensive performances lately. In fact, they let in a single goal from their past three games – which were against some of the titans of La Liga; Atletico Madrid, Real Sociedad, and Athletic Bilbao.

On top of that, they let in just two goals from the past four h2h encounters as well.

As such, chances are quite low for Mallorca to find the back of the net this Sunday.

The Los Blancos have a terrific h2h record against this opponent – so much so that they have a combined scorecard of 15-2 from the last four h2h clashes. They are also the defending Spanish as well as European champions, whereas Mallorca are considered to be minnows of the league.

They actually lost three of their past four fixtures, and managed to win just four times at home all through the current league campaign.

Likely, Real Madrid to Win at an odd of 1.80 would be a great pick.

On that same note – they scored the most number of goals in the competition so far, and they also scored in plenty in h2h clashes over the years. Do also note that they scored two or more goals in six of their last eight overall fixtures.

By the looks of things, count on Real Madrid to find the back of the net at least once. And the odds for the same are placed at 1.90.