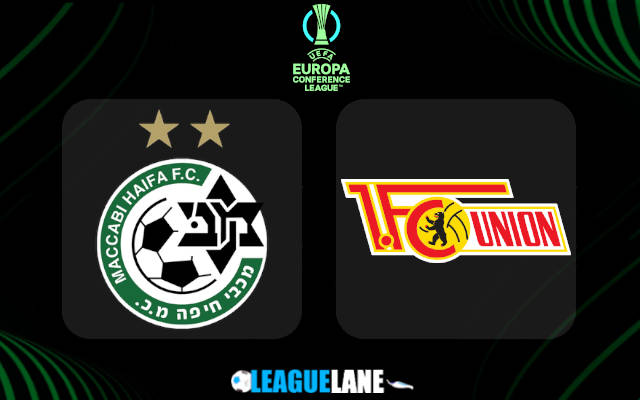 After failing to impress in back-to-back losses to Feyenoord, Union Berlin will be aiming to keep their knockout stages hopes alive when they take on Maccabi Haifa. A single home win in the league gives the next match a hope to hold on, as the hosts set the Sammy Ofer Stadium to welcome the guests on Thursday.

This is Maccabi’s first appearance in a UEFA group stage since 2013/14, and their 6th in total. They are undefeated in their last 13 European home games, winning 9, and scored 16 goals during the UEFA Europa Conference League qualifying phase. They have yet to concede at home in Group E.

They have a poor track record against the clubs from the opponent’s country as they lost 2 times to Bayer 04 Leverkusen and FC Bayern Munich in 2002 and 2009 at the UEFA Champions League. They were also defeated by FC Schalke at the Group Stage of UEFA Europa League in 2011.

Union Berlin has never played against a club from their opponents’ country.

Berlin is at the bottom of the table with only 3 points from 4 matches. They lost 3 games and have won only against the Israeli side at home 3 months back.

Haifa managed to draw against the table toppers Feyenoord and won another match against Slavia Prague which gave them 4 points.

They had a 4-0 win at home to Hapoel Kiryat Shmona prior to the international break and was a return to form for the home team. They now come up against an impressive Union Berlin side that edged out Hertha by two goals to nil in the derby at the weekend.
Both sides face a must-win situation, and they have no other choice but to go on all guns blazing at each other this Thursday.