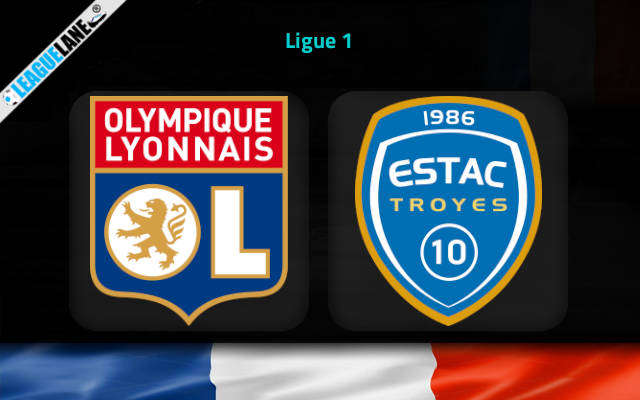 Lyon have always been a strong presence in the French top flight, and even though they had to settle for an eighth-place finish the last time around, they still are a team that demands respect in the French circuit. Meanwhile, Troyes will have to thank their lucky stars for having avoided relegation the previous season.

They had finished 15th in a table of 20 the last campaign, and they had a surplus of just six points over the relegation cut-off. They had won just nine times through the entire tournament, and they even had a -16 goal-difference at the very end.

Going on, their recent form has been totally worrisome, and they are letting in goals in huge numbers. On top of that, they have also been a total failure on the road for the past several game weeks as well.

Meanwhile, Lyon could not qualify to any of the European competitions the last time around, and as such they will be determined to make amends. They have started their campaign strong with a win, and will be eager to keep the momentum going on.

They are on a good run, considering their performances in the past few weeks, and particularly so in front of their home crowd.

And most importantly, they have a dominant h2h record against this foe over the years. Considering all these observations, expect a winning performance from Lyon this Friday.

Lyon had won 2-1 at home the past game week, against Ajaccio. They are on a three-game unbeaten run, and they had won five of their past six appearances in front of their home crowd. Do also note that they had scored a total of 20 goals in the process.

On the other hand, Troyes lost 0-3 at home the past game week, against Toulouse. They had also lost five of their past seven overall fixtures, and they were winless in 12 of their past 15 overall games as well.

By the looks of things, expect a victory for Lyon this weekend.

Tips for Lyon vs Troyes