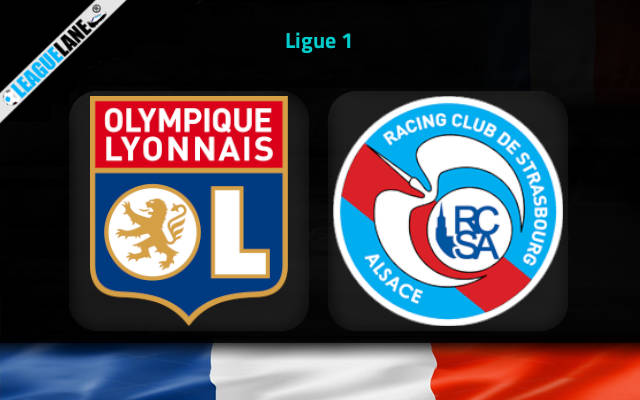 Lyon vs Strasbourg Predictions and Free Tips from our expert tipsters when the teams go head-to-head in Ligue 1 on Saturday, 14 January 2023.

Lyon are yet to hit top gear in the French top flight, but still they are a force to be reckoned with. They are placed eighth in the table at the moment, and are going after a top-five spot. And they hope the upcoming clash will aid their pursuit of an entry into the top-most tier.

The reason being, Strasbourg are placed 19th in the table at the moment, and have a single win to their name all through the campaign. And it needs to be noted that their sole victory came against the dead-last placed Angers.

Lyon have a superior h2h record against this opponent over the years. In fact, they are unbeaten in the last five years in h2h clashes, and scored three or more goals in three of the past four encounters.

Moreover, not only do the hosts have a perfect unbeaten record in league games at this venue since 1990, they even won 13 of the previous 15 such meetings.

Who will win the match between Lyon and Strasbourg?

Lyon have a superb h2h record against this foe – and particularly so at this venue. On top of that, Strasbourg have a 100% winless record this season – barring their win over the 20th placed Angers.

If recent form of both teams is any indication, expect Lyon to post the three points on the board this weekend.

Strasbourg conceded two or more goals in their last five road trips in a row, and they failed to keep a single clean sheet away from all through this season. On top of that, the hosts scored thrice or more in four of the former six league clashes at this ground too.

Chances are high for goals to come in plenty this Saturday.

Lyon kept clean sheets in their last two league fixtures, while they did the same in nine of the former twelve Ligue 1 h2h encounters at this ground. The struggling Strasbourg are not expected to test the hosts’ backline that much.

Lyon have an unbelievable h2h record against this rival over the years. At the same time, Strasbourg are one of the worst teams in the whole league. In fact, they even have a 100% winless record this season in the Ligue 1 barring their win against the 20th placed Angers.

Likely, a Lyon to Win bet at 1.67 odd seems to be very promising this Saturday.

On that same note, the hosts are expected to find the back of the net at least twice. After all, they scored three or more goals in three of the last four h2h meetings, and they did the same in four of the last six h2h league clashes at this ground.

For the reasons, the Over 1.5 Team Goals by Lyon at an odd of 1.67 is inferred to be the optimal second tip.