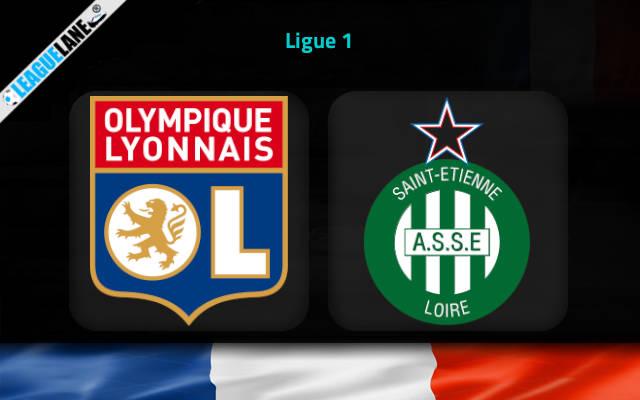 Lyon and Saint-Etienne will raise the curtain on Matchday No 22 in Ligue 1 on Friday evening when they take on each other at Groupama Stadium.

The visitors will be desperate to bounce back from a horrendous streak of six straight defeats in the league.

The negative thread keeps them at the very foot of the Ligue 1 standings. Saint-Etienne are as many as five points below the safe zone line at the moment.

The alarm bells are ringing at Stade Geoffroy-Guichard as the team’s owners are doing everything they can to complete some sound signings in the winter transfer window.

Saint-Etienne are one of the most famous teams in France and the fans would hardly accept the fact they might get relegated at the end of this campaign.

The latest failure came against Lens at home on Saturday as Saint-Etienne dropped the lead to lose 1-2 after conceding a late stoppage-time goal.

Lyon, on the other side, finally ended their negative streak of five consecutive league games without a win by beating Troyes 0-1 on the road on Sunday.

Moussa Dembele made the difference by successfully converting penalty-kick, but it is worth mentioning that the team led by Peter Bosz controlled the game from the start to the end at Stade de l’Aube.

Both teams miss some important players due to the Africa Cup of Nations duties. However, Saint-Etienne are certainly more hurt being without the likes of Wahbi Khazri, Denis Bouanga, Saidou Sow, and Harold Moukouidi among others.

Saint-Etienne have generally been struggling badly to perform on travels so far in the season. They won one, drew two, and lost six of nine away outings in this term of Ligue 1, scoring only seven goals along the way. The home win to nil is the way to go.