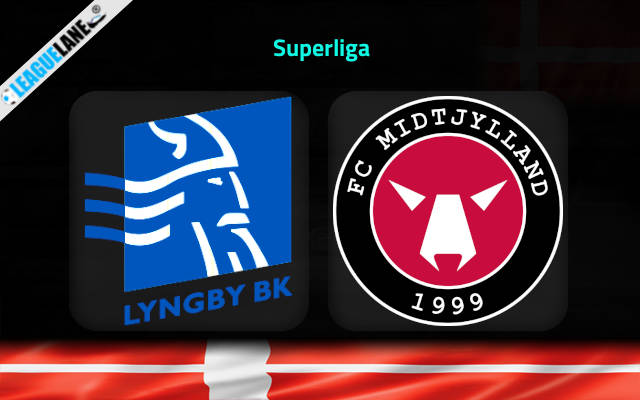 Lyngby were having an impressive run in the past 1st Division season. Their impressive run allowed them to occupy the second spot at the end of that season. As a result, they got a promotion to the Denmark topflight this season.

Meanwhile, Midtjylland were having a decent run in the past Superliga season. They have recorded unbeaten displays mostly and have succeeded in finding a safe zone spot at the end of the season. Their position allowed them to enter the Champions League qualification clash this season.

Before entering the top division fixtures, Lyngby are seen playing a set of friendlies. They had an inconsistent run, recording fluctuating displays from those friendly outings. Following that, they drew one and lost two of their three Superliga fixtures so far this season to remain winless.

At home, they are currently following an unbeaten form. They are unbeaten in each of their past five home outings including their recent friendly fixtures. However, most of them were from the 1st Division and friendly home fixtures which will not count much ahead of this clash.

On the other side, Midtjylland have played some decent outfits across different competitions in their recent friendly affairs. They faced the qualification fixtures for the Champions League run post friendlies. The most recent of those was a 4-1 defeat against Benfica on the road in the semifinals.

Midtjylland follows an impressive form on the road at present. Their only competitive defeat in the past 8 away fixtures is the above mentioned first leg defeat against Benfica in the semifinals of the qualification battle.

Considering all the above stats, we are expecting a win for Midtjylland against this Lyngby on Friday.