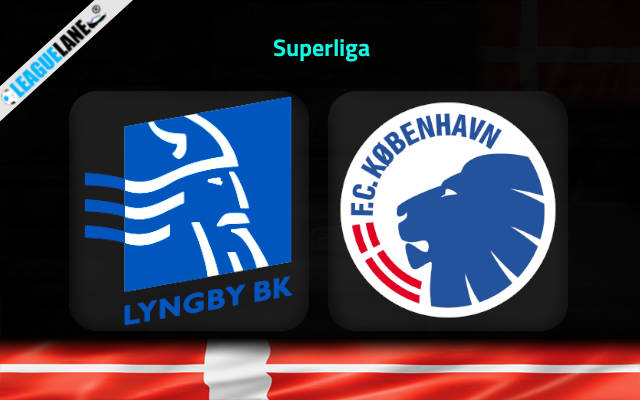 Copenhagen are the reigning champions of the Danish top flight, and they will be eager to retain their title at any cost. Meanwhile, Lyngby gained promotion to the Superliga just at the end of the previous campaign.

Note that Lyngby were unable to secure the top-most spot even in the second division, and now they are finding it hard to lock horns with the veterans of the top flight.

They are on a long winless run as of now, and they are letting in goals in huge numbers. Note that they had even failed to perform well in front of their home crowd.

Meanwhile, not only are Copenhagen the current title-holders of the Danish league, but they had lifted the title in style as well.

They had lost just twice all through the previous regular season, and at the end of the whole tournament they had let in just 19 goals, while none of the others had managed to keep it below 30.

Going on, they also have a dominant h2h record against this rival over the years, and judging all these observations, expect a winning performance from Copenhagen this Friday.

On the other hand, Copenhagen were unbeaten in 31 of their past 38 overall games, and in the process they had even gone on a seven-match winning streak, as well as another four-fixture winning stretch.

Moreover, they had also won four of their past five road trips.

Taking into account these observations, as well as the h2h domination of Copenhagen, expect a win for them this Friday.

Tips for Lyngby vs FC Copenhagen