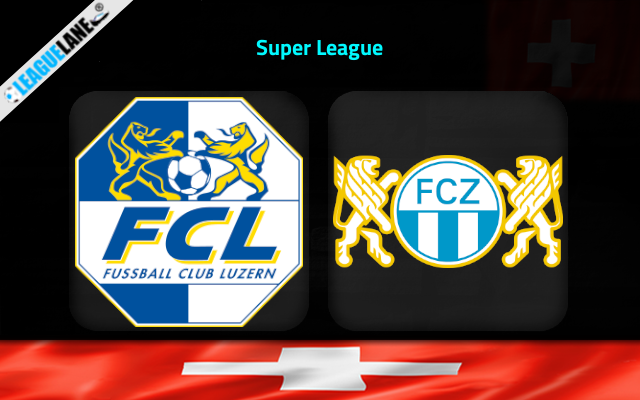 Luzern vs Zurich Predictions and Free Tips from our expert tipsters when the teams go head-to-head in the Swiss Super League on Saturday, 21 January 2023.

Luzern is not that away from the safe zone even though they lost the previous two league outings. They will be hoping to return back to the winning ways, displaying a better form after the league break for two months.

Zurich was the worst team in the competition before the international break. They have only won two games out of 16 they played so far in the season. Do also note that those two victories were recorded in the past three matches.

Luzern is on a two-game unbeaten streak against Zurich at present. Their latest meeting had finished in a goalless draw.

At this venue, Luzern was unbeaten in 6 of the past 8 clashes. Three of the past five meetings had goals under 2.5 ft.

Who will win the match between Luzern vs Zurich?

Luzern had a three-fixture unbeaten streak before dropping points to Basel in their most recent home outing. However, they have not lost to teams which is positioned below them in the table lately.

Meanwhile, a win on the road is the only positive recording of Zurich so far in this season. Luzern can easily take the control over this match to bag a three pointer on Saturday.

Although their recent h2h tradition at this venue suggests a low-scoring scenario, we are expecting a different display.

Luzern have been recording affairs with goals over 2.5 consistently at home while Zurich conceded defeats with leaking goals at a good rate of late. Thus, we expect this match to have over 2.5 goals ft.

The defensive side of both teams doesn’t seem to have the capability of keeping a clean sheet till the final whistle. Neither of them have recorded a clean sheet of lately too. Therefore, both teams to score is likely to land here.

Luzern’s last two league matches were against teams positioned above them in the standing. They lost both the matches and this match is a great chance for them to return back to the winning ways as they faces Zurich who sits in the bottom.