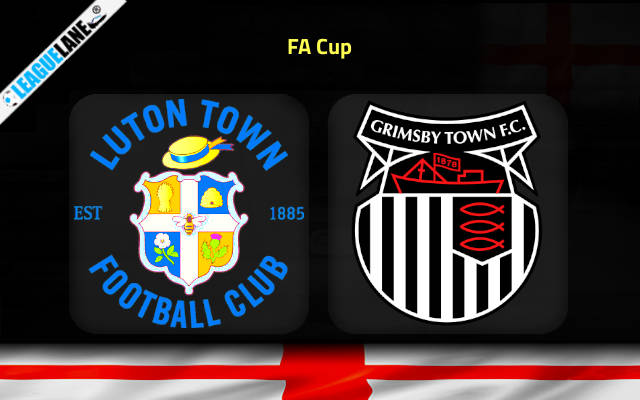 Luton vs Grimsby Predictions and Free Tips from our expert tipsters when the teams go head-to-head in the England FA Cup on Saturday, 28 January 2023.

Luton is having a decent form and have managed to seal victories from different competitions they have played lately. They won the previous FA Cup fixture, defeating Wigan on the road.

They won’t be having a tough test on Saturday as they faces Grimsby, the League Two outfits following a weak form. However, they will head into this match after a 1-0 victory over Burton in their previous FA Cup fixture.

Luton can also rely on the recent tradition since they won the previous two encounters against Grimsby. The latest meeting ended in a 0-1 win for Luton.

At this venue, Luton was unbeaten in five of the past six encounters against Grimsby. Only one of those fixtures saw the landing of over 2.5 goals option.

Who will win the match between Luton vs Grimsby?

Luton was on a 9-game unbeaten streak at home before losing to west Brom in their most recent fixture. On the other side, Grimsby lost five of the past six road trips which consists of League Two games mostly.

Moreover, Luton have an upper hand in the recent tradition. Thus, we expect a win for Luton on Saturday.

Six of the last eight matches played by Luton had goals over 2.5. Since Grimsby have leaked goals at a rate of over 2.5 in their past five outings, we expect this match to have goals in plenty.

Luton should be able to prevent Grimsby from scoring here. The main reason for that is Grimsby have failed to score in two of the past three road trips. In that case, we don’t expect a both teams scoring scenario here.

Luton is having an exceptional form at home lately. They have been sealing victories in the League One matches consistently and will definitely seal a victory over an outfit like Grimsby, having a poor form in League Two.

We are expecting Luton to score three goals while keeping their net untouched and like to place it as the main betting option at 10.00 odds. For the second tip, we like to back the over 2.5 goals option at 1.73 odds.