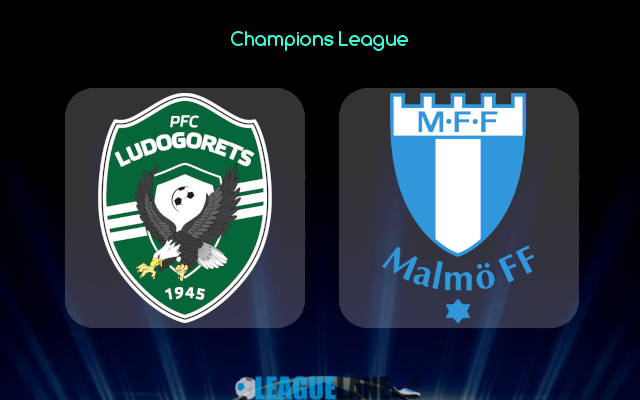 Malmo is an excellent position to qualify for Champions League group stage. Ludogorets have to pull off a miracle after the 0-2 loss at Eleda Stadion last week.

Goals on either sides of the half from Veljko Birmancevic and Jo Inge Berget gave Malmo a massive lead to carry to Razgrad. It was nothing less than deserved, with the Swedish outfit dominating the final third with several chances.

Malmo are unbeaten in the Champions League qualifiers this season, having started the campaign in July against Riga FC. They won all their 4 home matches so far while registering their first away win against Rangers in the previous round after a pair of draws.

Meantime, Ludogorets suffered their first defeat of the competition against the Swedes after winning against the likes of Shakhtyor, Mura and Olympiacos in the previous rounds. They won 4 of the 7 played so far, while 2 were stalemates.

Just like Malmo, the Bulgarians also bagged aggregate wins with strong home performances, though they needed penalties to get past Olympiacos at this same ground in the previous round.

If you look at the domestic seasons of both teams, Malmo are in a better shape, having played 16 games while Ludogorets are still young with 3 games played in the Bulgarian Parva Liga.

The teams haven’t met before of the first leg of Champions League 2021/22 play-off draw.

This is a very difficult fixture for Ludogorets with the Swedish outfit sitting on a 2-goal lead. The visiting coach Jon Dahl Tomasson so far managed his team incredible well so far. And this is quite clear from the 2-1 away win at Rangers in the previous round.

Ludogorets are expected to play better at their own patch, but the thought of overturning a big lead combined with some average performances in qualifiers in previous few years will weigh them down.

The Bulgarians were eliminated from the competition in 2019 and 2020 after losing home fixtures to the likes of Ferencvaros and Midtjylland.

All facts considered, Malmo are in a better place to make it to the group stage. I will back them to achieve a decent result in this fixture away from home.