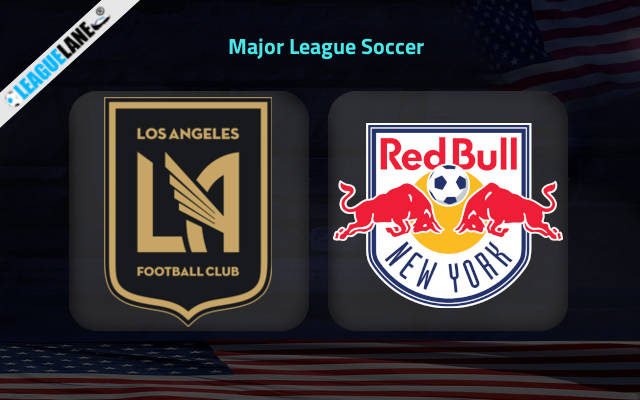 Gameweek 16 of Major League Soccer is being scheduled as Los Angeles FC from Western Conference play host to New York Red Bulls from the Eastern Conference. Both these sides will be seen clashing at Banc of California Stadium, this Sunday.

Los Angeles FC is at the top of Western Conference with 30 points from 15 games. They won 9 times in the league while having drawn and lost 3 times each. They have scored 30 goals in total while conceding a sum of only 17 which shows how profound their defense and offense lineups are.

The hosts will play in this game following on from a 1-1 MLS stalemate against Seattle Sounders FC. It has been a rare occasion in recent games that Los Angeles FC have shown defensive steel. They have been scored against in 5 of their previous 6 games, letting in 10 goals in the process.

On the other hand, New York Red Bulls is at the 2nd position in Eastern Conference with 26 points. Of the 16 matches played, they won 7 times in the league while drew on 5 and lost on 4 other occasions. They just need 2 more points to overtake New York City for the top spot.

New York Red Bulls go into this encounter following a 2-0 league win over Toronto FC in their previous fixture. Looking at their form, they have been scored against in 5 of their last 6 games. At the back, Red Bulls have some weaknesses to address.

There are no losses for Los Angeles FC in 18 of their most recent 21 home games in MLS. Moreover, they have have scored at least one goal in their last 25 home league fixtures.

Knowing that, we expect Los Angeles FC to seal a win against Red Bulls on Sunday.