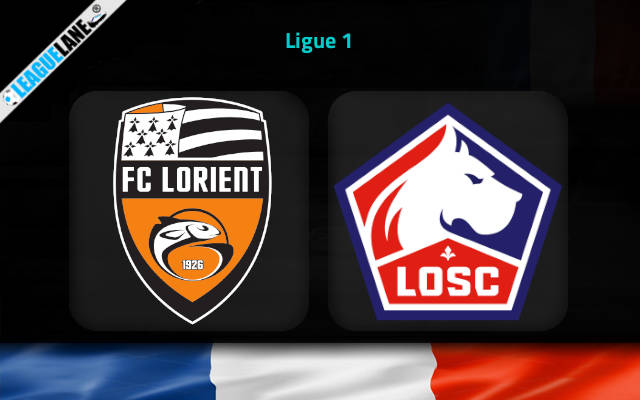 Lorient is in fine form and should be able to cause Lille plenty of problems on Sunday afternoon at Stade du Moustoir.

Following on from a 2-1 win against Toulouse, Lille and their traveling fans will hope for a repeat of the previous result here.

Lille won four, drew one and lost three to bag a total of 13 points. They are currently occupying the 7th spot in the league standings.

Indicating their predisposition for eventful matches, goals have been celebrated 23 times in the previous 6 matches in which Lille have played. Over 2.5 goals is a must option considering that trend.

They had finished 16th in a table of 20, and they evaded dumping into the second division with the clear of just four points.

However, they have started off this season with a set of unbeaten outcomes. The team is somewhat maintaining their unbeaten consistency except for a defeat against Lens in the past month, with a perfect score of 6 wins.

By the looks of things, expect a highly competitive affair between these two teams on Sunday.

It seems that Lorient is well determined to make amends this time around unlike their previous season. They are on a 3-fixture winning streak in front of their home crowd and had scored a total of 8 goals in the stretch.

On the other hand, Lille were unbeaten in 3 of the past 4 away fixtures in this season. Their only defeat came against Marseille. Do also note that they had scored a total of 7 goals in the past 3 road trips.

Taking into account these observations, we back the draw no bet option in favor of the home side as they looks slight better than the visitors at the moment.