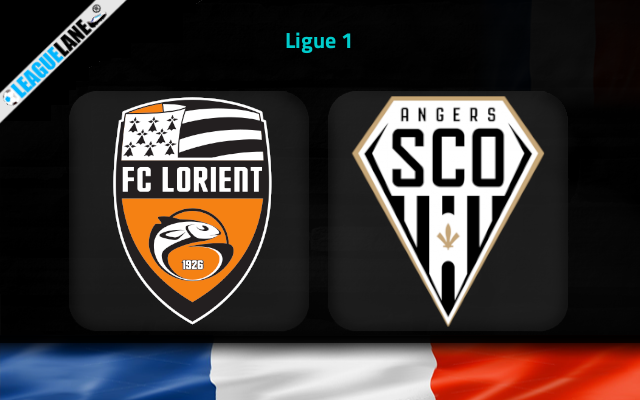 Angers will be visiting Stade du Moustoir on Sunday for the Ligue 1 fixture with home team Lorient.

Following on from suffering a loss in their previous game against Montpellier, Angers and their traveling fans will hope to get a better result this time.

Angers are currently 12th in the table with 25 points and have won 6, drew 7 and lost 6 of their total 19 matches in Ligue 1 this season.

They are hosted by Lorient, sits in the danger zone with 16 points after completing 19 games. They won 3, drew 7 and lost 9 of this Ligue 1 season so far.

They will be expecting to secure themselves to a safer position by claiming at least one point from this game.

After a series of losses, it is time for Lorient to find the momentum to safeguard themselves from relegating to Ligue 2. They haven’t seen a win for 13 games.

They held the league giants PSG to a shocking draw in their most recent match at home. On the back of that wonder draw, they are expected to surprise their fans once again by delivering them a performance to relief after a long time.

Angers are definitely not in a better shape on road. They have claimed only one win from last 9 games on road and allowed goal from the other side in those 9 games. In defense, they have weaknesses to address.

Therefore, Lorient has a chance to bag three points which might possibly shifts them from the relegation zone. They might score one past this Angers outfit whom we think would be conceding a defeat at the end of 90.