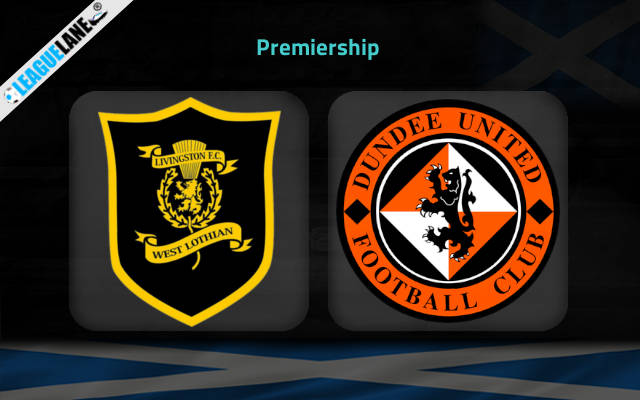 Livingston vs Dundee United Predictions and Free Tips from our expert tipsters when the teams go head-to-head in Premiership on Wednesday, 18 January 2023.

Two back-to-back victories helped Livingston reach fourth in the league. They will aim for another victory as they will play against Dundee United. In their most recent outing, they defeated St. Johnstone by 4-2.

At the same time, Dundee had to settle for a draw when they played against Hibernian last time. They are tenth in the league and are on a two-game winless run. They are just three points above the bottom-most place on the table.

The host are unbeaten in four of the last five head-to-head matches. Both teams last met back in August and the visitors won that game by 2-1. This is their only victory at this stadium in the last seventeen years.

Who will win the match between Livingston and Dundee United?

The host are on a four-game unbeaten run. Another important point to note is that the visitors have picked up only one victory since September in their away trips. We can expect the host to win this fixture.

At this ground, this fixture is a high-scoring one. In the last two encounters, the game ended with more than two goals being scored combined. This new trend started in 2022.

The chances are high that both teams will score in this fixture. This is after considering that both teams have scored in the last three consecutive head-to-head matches at this ground.

The host are fourth in the league and have a good winning record at Tony Macaroni Arena against this team. Do note that the visitors have lost more than 50% of their matches this season. Therefore, the first tip is that Livingston will win this game– the odd for this tip will be at 2.58 odd.

Moving on, our second tip for this game is that Both teams to score– at 1.88. Both teams have scored consistently in this fixture since 2021. The last meeting ended in a 2-1 scoreline as well.