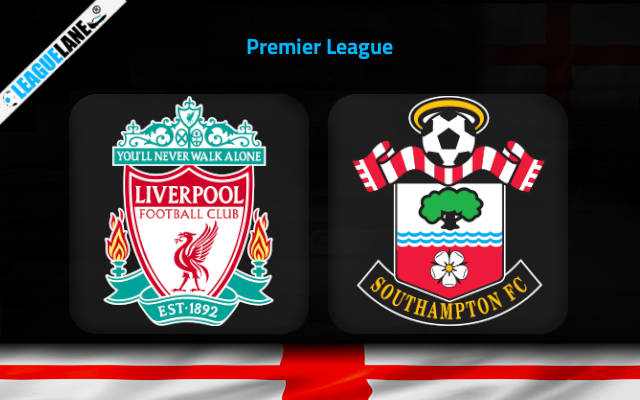 Klopp’s side have not looked to be in great form since the beginning of this season. They currently have an inconsistent form. But that inconsistency is not because success followed by a defeat.

Rather, it is because of winning against the big teams in the league while losing against the weaker teams. They have won and lost two each of their last four league fixtures.

We can see them sealing a victory over Tottenham while losing against the league’s worst team Nottingham Forest. However, currently in eighth place, they are just four points away from the safe zone.

As the league has reached its competitive stage, they might not deliver a poor display as they wont want to lose their chances of losing a Champions League spot.

Meanwhile, Southampton will head into this fixture after suffering a huge 1-4 defeat against Newcastle in their last Premier League game. They are currently in the danger zone in the table as they have not been in great form this season.

Going on, Southampton currently have no capability to beat a team with such a form. Their position in the table is more than enough to understand that.

Neither the current form nor the head to head stats of Southampton shows any potential to seal a win over this Liverpool side who has been one of the top performing teams in the English topflight for the past several decades.

By the looks of things, expect a victory fir the hosts on Saturday at Anfield.

The recent head to head encounters between the two suggest a possibility of an Over 3.5 Goals trend. In addition, they have managed to score at least two goals in the recent clashes. Therefore, we can expect goals at that rate from the Liverpool side.