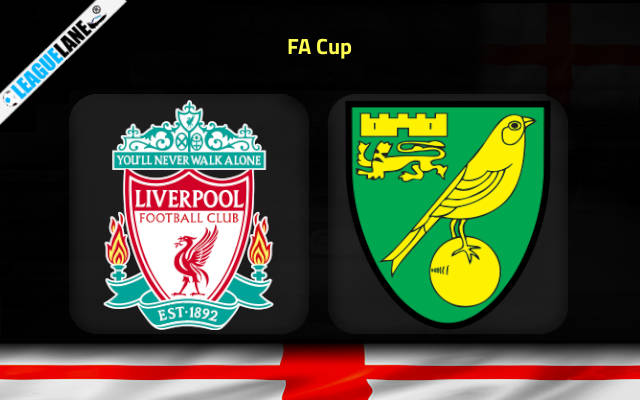 The Reds are easily the best in the English top flight at the moment. They are on a long winning streak, and are valiantly going after toppers Manchester City for the title.

Jurgen Klopp’s men had also just won the Carabao Cup, and that too after a thriller of a fixture against European champions Chelsea. This will only have raised their bar for confidence, and they will be eager to make a deep run in the FA Cup.

This Wednesday, they are at home, where they have been at their absolute best for the past three years, and are pitted against the worst team in the PL.

Not only are Norwich a recently-promoted team to the top flight, but they are also the bottom-most placed team at the moment. With a total of just four wins so far in the league, they are the prime contenders to get relegated at the end of the season.

By all means, expect a convincing win for Liverpool this Wednesday at their home.

The Reds had recorded a 3-1 win at home against Cardiff, in their previous round in the FA Cup. They are on a ten-fixture winning streak at the moment, which included their EFL Cup Final win against Chelsea (via penalties), and they have lost just twice in the past 45 games.

On the other hand, Norwich barely recorded a 0-1 win on the road against Wolves in their last round in the FA Cup. As of now, they are on a three-game losing streak, and they had let in a total of nine goals in the process.

They were also winless in 12 of their preceding 16 road trips, and 10 of these were losses. Finally, they have a poor h2h record against this rival as well.

For the reasons, expect a huge win for Liverpool at the Anfield.

Tips for Liverpool vs Norwich