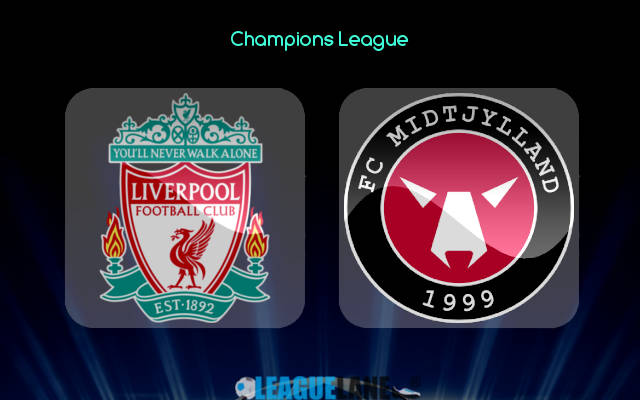 The Reds have been put into one of the toughest groups in the competition, and they need to tread carefully if they are to avoid an upset early in their campaign.

Both Ajax and Atalanta have been enthralling viewers with their attractive brand of attacking football, and either has delivered impressive deep runs in recent editions of this competition.

In short, Jurgen Klopp’s men could not drop points this early in the tournament, and if such a thing happens, they would be inviting unwanted pressure, and will be playing catch-up for the rest of the Group Stage fixtures.

They are pitted against the weakest team in the group this Tuesday, and they easily are the outright favorites. However, they cannot make the mistake of underestimating this rival too much. Their game against Aston Villa is a rude reminder for taking opponents lightly.

This game week, the Reds need to win at any cost, and considering the difference in stature between the two teams – it’s an expected prediction; Liverpool to post the three points on the board.

Klopp’s men recorded a 2-1 win at home the last match-day in the UCL, against Ajax. In the meantime, the Wolves lost 0-4 at home against Atalanta.

As things stand, the Reds are easily the favorites. They are the defending champions of the most competitive league in Europe, and were the champions of this competition a season before.

They have been one of the very best teams in the world for the past several decades, and are determined to add to their trophy cabinet as much as they can with this current crop of superb players on their roster.

Moreover, they are at Anfield, and they have been nigh unstoppable at this venue in the past few years. In fact, they had won 16 of their preceding 18 games at this stadium, and it’s been over more than a year since they have lost at this ground.

On the other hand, Brian Priske’s men are from the Danish Superliga – a domestic league that pales in comparison to the EPL. In addition, the team was also winless in two of their former four overall games, and in seven of their past ten fixtures on the road.

And finally, note that the Reds have scored a total of 45 goals from their past 15 appearances at this venue. By all means, expect a dominating Liverpool win this Tuesday.