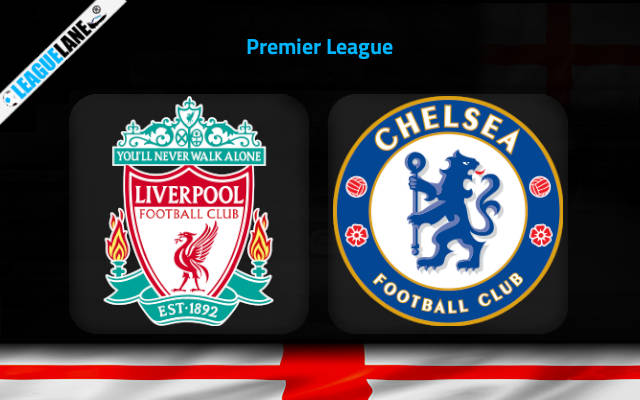 Both Liverpool and Chelsea have started their campaigns on great notes, and are determined to go after the title. As of now they are placed second and third in the table, and either will be going after the whole three points. The expectation is that both squads will find the back of the net.

The Reds had lifted league title one season before, while they were European champions the season prior to that.

They had some major injury problems in 2020-21, but as of now they are back to full health, and are determined to take advantage of the problems faced by current champions – Manchester City.

In the meantime, the Blues are reigning European champions, and they even followed it up with a victory in the Super Cup. They just might have the best squad depth in all of European football at the moment, and on top of that, they added Romelu Lukaku as well.

Barring West Ham and Manchester United, these two teams have scored the most number of goals in this new campaign, and the previous h2h encounters have also shown the same trend.

By the looks of things, expect the BTTS bet to bring good returns this weekend at Anfield.

Liverpool had recorded a 2-0 win the last match-day, against Burnley. In the meantime, Chelsea registered a 0-2 win against Arsenal.

Going on, the Reds were unbeaten in 18 of their past 19 overall games, and they had won 11 of their past 15 fixtures as well. Also, the last they failed to score at home was back in April in the Champions League.

On the other hand, their counterparts are on a nine-match unbeaten run, and eight of these were wins. They had scored two or more goals in their past eight straight games, and are on five-match winning run on the road.

On top of that, majority of h2h clashes over the years had goals in plenty as well.

Taking all these observations into account, expect either team to find the back of the net this weekend.