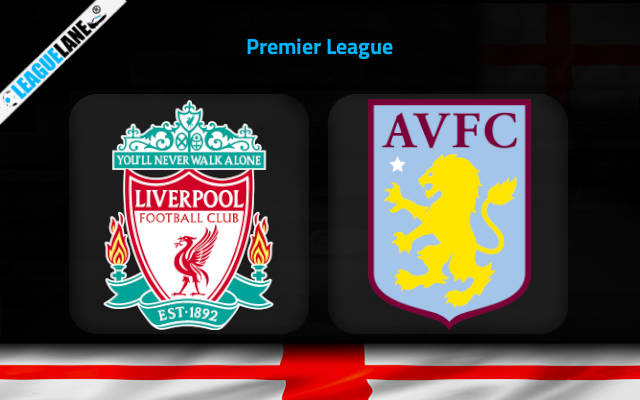 Liverpool aims to stretch their winning run when Aston Villa comes to Anfield on Saturday. The Reds bagged four Premier League wins on the bounce and sit at second in the league table.

They defeated Wolves 1-0 last weekend and profited by Chelsea’s defeat at West Ham, and they are sandwiched between Man City and the Stamford Bridge Blues at 1 point.

The midweek saw Klopp field a fringe side for the final group game at San Siro, still producing a perfect display to get the better of AC Milan by a 2-1 margin to finish top of the group with a 100%-win record.

Aston Villa on the other hand looks impressive under Steven Gerard, the gameplay remains more or less same as Dean Smith’s, but the biggest improvement is in terms of results. The Liverpool legend guided the team from Birmingham to 3 wins from four matches, the only defeat handed by title challengers Manchester City.

The fighting spirit of the Villans was evident in the comeback win against Leicester City. But it remains to be seen if they can bag a respectable result in Gerard’s return to Anfield ?

Jurgen Klopp’s men are in exquisite form and there is no doubt that they are huge favorites to bag a win against Aston Villa on Saturday. However, the 1.20 odds on home win is too short.

Aston Villa with all their inconsistencies, failed to score in just 2 of their 15 Premier League matches this season and are an imminent threat from set piece situations. The combination of home win with both teams to score is evidently the best option for this match and the odds of 2.10 is too good to overlook.

Liverpool is a team filled with players capable of scoring from various situations. However, Diogo Jota is a player that offers good value to score anytime here. The Portuguese attacker has netted 4 times in his last 4 appearances for the club, and we do little wrong by picking him ahead of Mane and Salah.