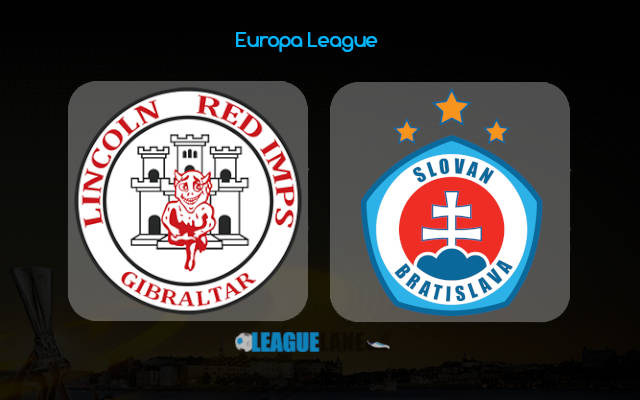 Lincoln Red Imps made history for Gibraltar by reaching the third round of the UEFA Europa League Qualifications. Can they keep the fairytale going and shock Slovan Bratislava in the battle for the playoffs round?

The Slovakian champions come into this tie as massive favorites, especially if we know that they had an extremely disappointing European appearance last year (suffered eliminations to KI in the Champions League, which was awarded though, and KuPS in the Europa League).

The visitors obviously have both quality and European experience on their side going into this tie.

They’ve played the group phase of this competition three times in the last ten years, the most recent time in the 2019/20 campaign.

Lincoln, on the other side, have never before managed to beat any rival in the opening round of either UEFA Champions League or UEFA Europa League Qualifications.

They made the breakthrough by storming past Luxembourg’s Fola Esch 7-2 on aggregate (a 5-0 win at home in the first leg) in the opening qualifying round of the Champions League this time around.

The team led by Michael McElwee offered a decent resistance in the second qualifying round against Cluj as well, but they eventually fell 1-4 on aggregate, losing both games in the process.

We are about to see the first ever head to head clash between these two rivals.

Everything speaks in the favor of the Slovakians and we would be surprised to see anything else but their two wins in this tie. Vladimir Weiss’ men left a nice impression in the Champions League second qualifying round against Young Boys, losing only 3-2 on aggregate and missing a penalty-kick in the reverse fixture in Switzerland.

Slovan should have a much easier job here as they are on their way to return to the group stage of the Europa League after two years. However, we would also not be shocked to see Lincoln scoring in their own backyard, just as they did against Cluj. This makes the Away Win & Both Teams To Score a fantastic betting option at the odds of 3.75.