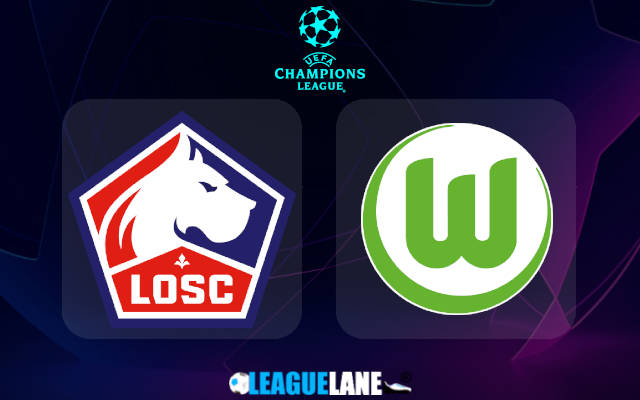 The defending Ligue 1 champions have a poor start to the season and managed only 1 win from 5 games played so far. In the weekend, they were beaten at Lorient 2-1, this is their second defeat of the season.

Keeping things tight at the back is a major problem for Jocelyn Gourvennec in the early parts of the season with the team conceding 11 goals till now.

Wolfsburg on the other hand have made a solid start to the season by bagging wins in all four Bundesliga games played so far.

One of the best defenses in the nation last season, the Wolves have picked up from where they left off and 2 of their wins this season came without conceding. The only team to score against them is Hertha.

Now, Lille are returning to the Champions League after missing out last season. In the 2019/20 season, they had a horrible campaign and lost 5 of the 6 games and finished with 1 point from a draw against Valencia.

Meanwhile this is the first since 2015/16 season for Wolfsburg. time since 2015. They reached the quarter finals on that occasion after finishing top of the group above Manchester United and PSV Eindhoven.

The teams last met during the 2014/15 Europa League group stage. Wolfsburg won 3-0 in France before settling for a 1-1 draw in Germany.

Lille have a poor overall record against team from German Bundesliga. They managed only 1 win from 9, drew 3 and lost 5. The team remained winless at home as well with a draw and two losses from 3.

Wolfsburg have a moderate record against French Ligue 1 sides. They won 3 of the 14 along with 6 draws and 5 losses. The only French side they defeated in 7 away trips is Lille, while there have been 3 draws and 3 losses.

The hosts are low on confidence after their recent Ligue 1 defeat and they are meeting a side in a totally different mood.

On top of that, defending remains a major problem for the Les Dogues and this could prove the key to their downfall at Stade Pierre-Mauroy.

The likes of Renato Sanchez, Timothy Weah and Jonathan Bamba are all missing through injuries for the French side and therefore the value is in backing the away win.