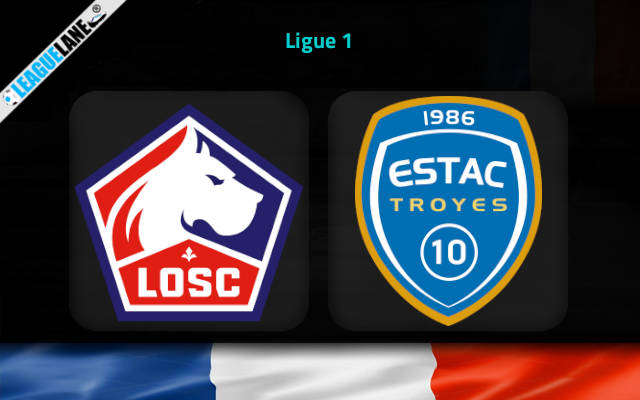 Lille have had a disappointing season so far but recent form has been better and they come into this weekend game with no defeats in their last four.

Three of those four games did end in draws but in midweek Lille were able to overcome Rennes with a 2-1 win away from home. Their objective will be to at least finish in the top four but they are seven points from that target.

Lille will be the favourites to win this game and at home they have only lost one game and are unbeaten here in the last five.

Troyes are in 15th place with 16 points and there is a 5 point gap between the clubs. There was good news in their last game though as they ended a 3 game losing streak with victory over Lorient winning that game 2-0.

The worry for Troyes will be their away form where they have lost 4 of their last five games and their latest loss came against Marseille although that game only finished in a 1-0 result.

Lille vs Troyes: Head to Head

A Lille win over Troyes is long over due and we think this game is perfectly set up to see a home victory.

Lille have been solid recently but without having that killer instinct that was so impressive last season as they stunned PSG to become champions.

Troyes did win last time out but their overall form has not been good and they must be considered to be the outsiders here. Lille are around 1.44 to win this game so it might be worth our while to back the home side to get off to a cracking start and be leading this game by half time.