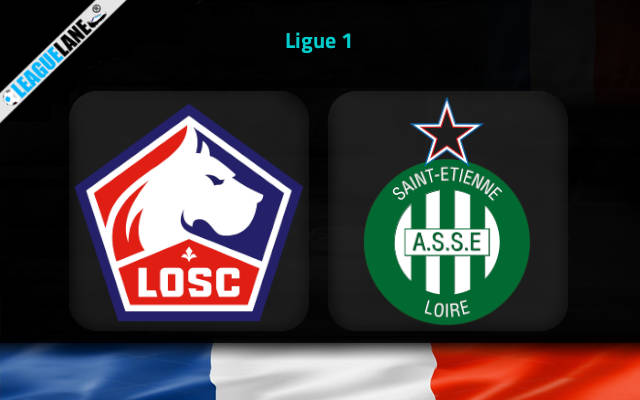 Lille are the current champions of the French top flight, and though they have not been at their best this season, they still are a squad to be feared.

They are currently placed seventh in the table, and they need a surplus of two points to climb to the fifth position – which is the minimum requirement for European qualification.

And it needs to be noted that they have been a total boss at home all through this new season, and have consistently found the back of the net here in the process.

Meanwhile, Saint-Etienne are one of the weakest teams in the Ligue 1, and are placed 17th in a table of 20. Note that they have a surplus of just one point over the relegation cut-off.

Going on, they have also struggled quite a bit on the road this season, and finally, they have a poor h2h record against this rival as well.

For all these reasons, expect a win for Lille this Friday at the Stade Pierre-Mauroy.

Lille registered a 4-0 win at home the last match-day, against Clermont. They are also on a two-fixture winning streak, and they had remained unbeaten in 18 of their past 21 overall games.

Moreover, they have lost just once at home since August, and this sole loss had come against titans PSG.

On the other hand, Saint Etienne did win 1-0 at home against Metz. However, they were winless in 22 of their past 30 overall games, and they had also lost nine of their past fifteen road trips.

Taking into account these observations, as well as past h2h stats, expect a win for defending champions Lille this weekend at their home.

Tips for Lille vs Saint-Etienne