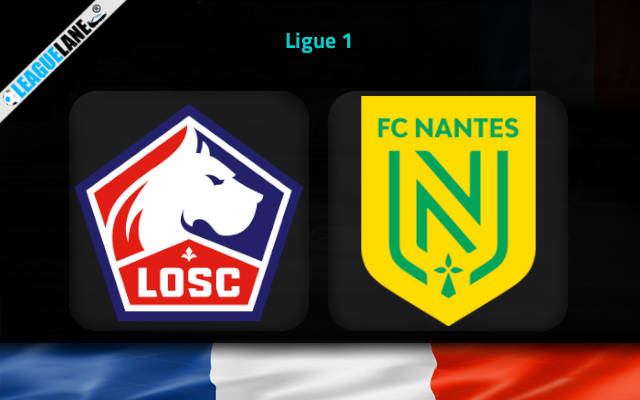 Both Lille and Nantes have been playing better at home than on the road throughout the season. The home court advantage will thus play a big role on Saturday afternoon at Stade Pierre-Mauroy.

Lille made a big step towards securing the knockout phase of the UEFA Champions League after a 1-0 victory over Salzburg on Tuesday evening.

The win pushed them to the very top of the Group G standings ahead of the final day fixtures in a couple of weeks.

While Jocelyn Gourvennec’s troops have done well in the continental competition of late, their domestic form has been anything but promising since the beginning of the season.

The reigning Ligue 1 champions have won only 4 out of 14 league games this season. They are currently 12th in the table and desperately need to shift their fortunes around before it’s too late for the battle for European positions.

To be fair, Lille did keep Monaco to a 2-2 draw on the road last weekend. They made it three straight games without a defeat in all competitions.

The match against Nantes does provide the hosts a nice opportunity to pick up a precious domestic victory given the visitors have not quite been at their best lately.

Les Canaries took only one point in the last three league affairs. They have shipped two or more goals in each of them.

Tips for Lille vs Nantes