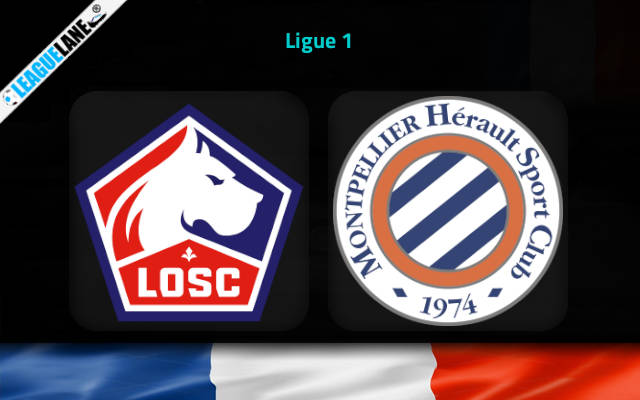 Lille are looking for their first triumph of the season on Sunday afternoon when free-scoring Montpellier come to visit Stade Pierre-Mauroy.

Lille finally managed to concede fewer than three goals in a game this season last weekend when they played a 1-1 draw away at Saint-Etienne.

The reigning Ligue 1 champions are struggling badly to find the last season’s mojo without the head coach Christophe Galtier who departed for Nice this summer.

The new manager Jocelyn Gourvennec could have hardly imagined a tougher start to his reign at Lille.

His connection with the players does not look to be there and it has all resulted in a horrendous start with just two points won and eight goals conceded in the opening three outings.

To make things worse for Gourvennec, his men are now attacking-minded Montpellier who are well capable of exploiting their defensive holes to the max.

Montpellier also made a managerial change before the start of the season, appointing the former Brest manager Olivier Dall’Oglio as the head coach in July.

However, Dall’Oglio did not change the team’s attacking-minded approach as Montpellier continued to be a free-scoring yet very easy to break down outfit at the beginning of the new campaign.

Montpellier have scored eight and shipped seven goals in the inaugural three rounds. They will enter this encouraged by the maiden victory of the season, courtesy of a second-half 3-1 comeback against Lorient seven days ago.

No other team have shipped more than Lille’s eight goals in the opening three games of the season. Knowing that Montpellier bagged three goals in each of the last two outings against Reims (a 3-3 draw) and Lorient (a 3-1 victory), we just can’t see the champions keeping a clean sheet here.

Also, since both teams scored in each of the last three head to head outings between these two sides, backing goals at both ends just has to be the way to go here.