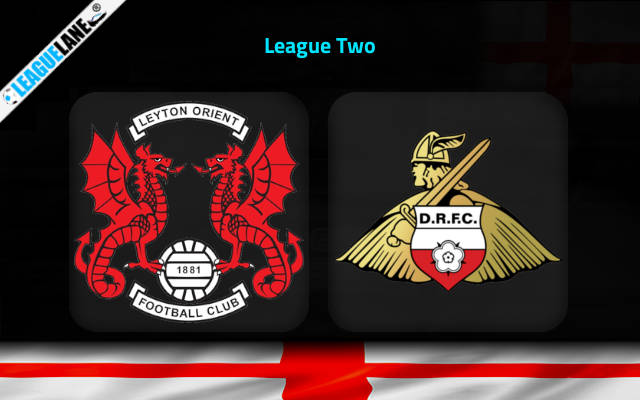 Leyton Orient vs Doncaster Predictions and Free Tips from our expert tipsters when the teams go head-to-head in League Two on Saturday, 7 January 2023.

Manager Richie Wellens is finding it hard to believe that his team are on a three-game winless run. They will risk losing their first position if they don’t start winning games this month. The league leaders lost to Northampton Town last time by 1-0.

Doncaster have set their target to reach within the top three. They are focused and have performed well in their last two matches. Except for the Boxing Day fixture, they have won the last three league outings.

The visitors have dominated this fixture as they remain unbeaten since 2015. Both teams last met back in October and the game ended in a 1-1 stalemate.

The most important point to note is that Leyton have not won a single game against this team at Brisbane Road. Not to mention that Doncaster are on a three-game winning streak at this ground.

Who will win the match between Leyton Orient and Doncaster?

The visitors will most likely take all three points from this game. Manager Danny Schofield is well aware of their opponents’ form presently. Moreover, they have performed well against this team at Brisbane Road.

Both teams have scored in four of the last five meetings at Brisbane Road. We can expect the same pattern to follow up this time as well.

The main reason why the league leaders are going through a bad form is that they are facing a goalless drought. They have not scored a single goal since the 17th of December. At the same time, they have not won this fixture at Brisbane Road. We can back Doncaster to win this game– at 5.25 odd.

Our second tip is that Over 2.5 goals – at 2.05. Two of the last three head-to-head matches ended with three goals being scored.