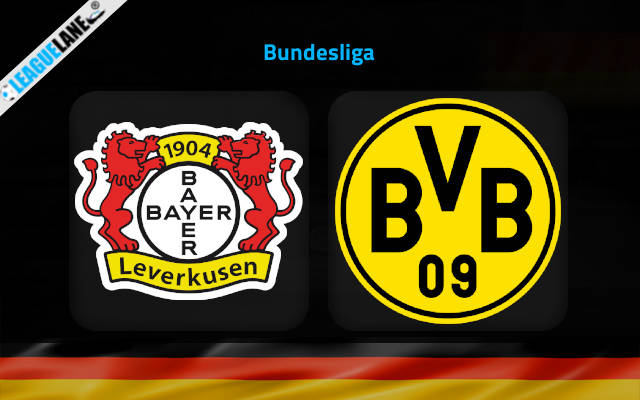 Bayer Leverkusen host Borussia Dortmund in the last game of the Matchday No 18 in German Bundesliga on Sunday afternoon at BayArena.

This is the match you do not want to miss out on as it has all the ingredients of a big six-pointer n the battle for the UEFA Champions League positions.

Bayer Leverkusen are flying high under new manager Xabi Alonso who has completely shifted the team’s fortunes around since taking over Gerardo Seoane in early-October last year.

Die Werkself translated their fantastic pre-World Cup form to 2023 as well, making it five league wins on the trot on Wednesday evening when they dispatched Bochum 2-0 at BayArena.

Bayer have now bagged at least two goals in each of the previous five outings. They continued the tremendous attacking form on Wednesday despite missing the injured striker Patrick Schick.

It will be very interesting to see how Leverkusen’s back line will look like in the clash against Borussia Dortmund’s talented offensive unit on Sunday.

The visitors managed an important three-pointer on Tuesday night away at Mainz thanks to a late winner from substitute Giovanni Reyna.

Dortmund bagged six and allowed four goals in two post-World Cup affairs, meaning we should be in for a scintillating clash between two attacking-minded teams on Sunday.

This match has goals it in and we can indeed hardly imagine a low-scoring scenario on Sunday afternoon. Bayer Leverkusen won five league matches on the spin and our main betting option will be Home win & Both Teams To Score at the odds of 4.00.

Those who fancy big longshots can chase the huge 21.00 odds offered for Bayer Leverkusen to win 3-2 here.