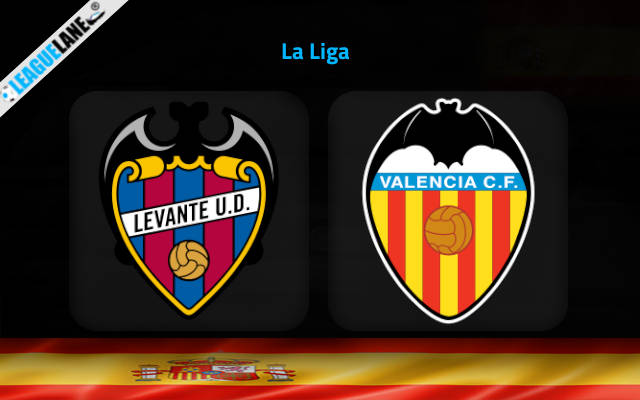 Levante have been the absolute worst team in the whole of Spanish top flight this season, and they are placed bottom-most in the table as expected.

It goes without saying that they are the prime contender to get relegated at the end of the campaign, and have had the worst defense of all the teams in the league.

Meanwhile, Valencia are on a path to make amends for their earlier struggles in the season. They are usually one of the contenders to secure a top-six finish in the La Liga, and contrary to previous seasons, they had a slow start this time around.

However, they have regained their form, and this has made them more dangerous. They are on a mission to make up for their lost time.

Surely expect a win for Valencia this Monday at the Estadi Ciutat de València.

Levante lost 4-3 on the road the last match-day, against Espanyol. They were also winless in 23 of their past 25 overall fixtures, and the two wins during this stretch had come in a Copa del Rey game (against a team from the lower division), and in a friendly.

On the other hand, Valencia had posted a 2-1 win at home against Elche. They are also on a four-fixture winning streak, and the last they lost a game was back in October.

Going on, they had scored two or more goals in their past three road trips on the trot, and they have lost just thrice on the road this entire season.

These defeats had come against Barcelona, Sevilla, and Betis – three of the best teams in Spain.

Considering these observations, expect a win for Valencia.

Tips for Levante vs Valencia